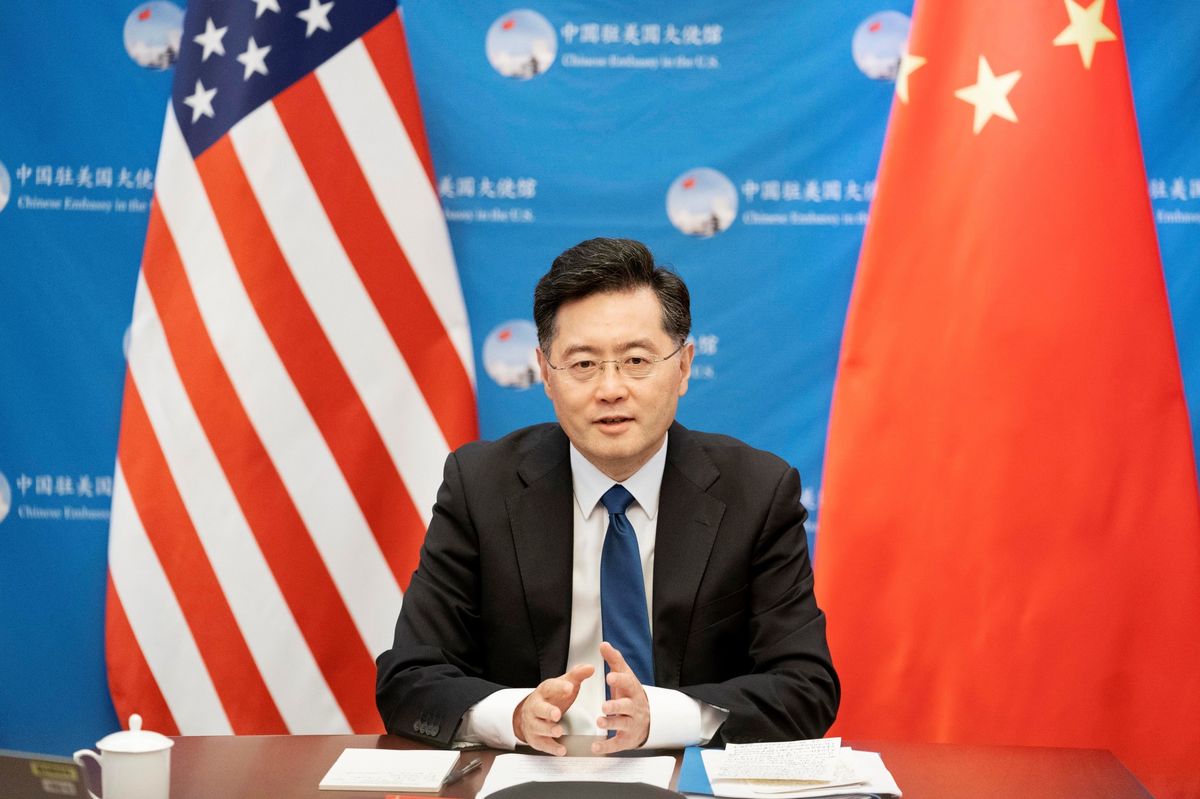 Something fascinating is happening with regard to China right now.

A nation that for many years has shunned engagement with the Western media is changing by the day, a new-found public confidence on display for all to see.

There were two instances over the past week that starkly illustrated this new confidence.

The first example is from Timor-Leste, or East Timor, the poorest country in Asia, where I was visiting on assignment for 7.30.

On the main road through the capital, Dili, which runs along the tiny country’s waterfront, our ABC team saw in the distance a tall man kicking a soccer ball. He was surrounded by scores of children and adults in football outfits, ready to play on this shiny new field.

Hundreds of locals watched as the local media followed every move of this man who’d come bearing gifts.

The man was China’s ambassador to Timor-Leste, Xiao Jianguo. His gift, on this occasion, was a new soccer field. A smart gift — this may be a country of only 1.3 million people but you can tell by the way the children play, endlessly, on fields of dirt, how much they love this sport.

But this was not just any football field. “This is Timor Leste’s first artificial grass football field,” Dr Xiao told me. “They finally have a field which they can use whether it rains or shines.”

What struck me about this event was not so much the gift – all countries make these sorts of donations — but it was Dr Xiao’s confidence in engaging with a foreign journalist. Not just any foreign journalist — an Australian one.

When I first approached him he said he needed to concentrate on the ceremony with the country’s politicians and locals but would seek me out afterwards. A line such as this is frequently used to journalists by Australian politicians who then try to sneak off later.

But not Dr Xiao. He went to the centre of the field and kicked the ball around for a few minutes as a photo opportunity. Once he finished he sought me out. He was ready for the interview.

It’s not long ago that a Chinese diplomat would likely have avoided an Australian journalist with a camera. Even two years ago few diplomats from Beijing would have agreed to be interviewed unless it was carefully controlled.

Dr Xiao set no terms or conditions. He didn’t even ask what I wanted to talk about. We began discussing the new soccer field and I asked him if Australians should be concerned about the growing influence of China?

He didn’t flinch: “I have no idea whether Australia is concerned about the influence of China.”

I then asked about China’s militarisation of the South China Sea.

I told him that some people in Australia were suspicious of China as it had insisted it would not militarise the area yet had gone ahead and done so.

Dr Xiao didn’t answer the question but took it all in his stride: “Today, I’m the ambassador to Timor-Leste so I prefer to talk about the bilateral relations and how to consolidate our existing co-operation.”

His team from the embassy worked the crowd — including one staff member wearing a People’s Liberation Army baseball cap which, in English, said: “90th anniversary of the PLA.”

The second event which would not have occurred a year ago was the remarkable appearance on the ABC’s 7.30 program of China’s ambassador to Australia, Xiao Qian.

Even for a seasoned politician, 7.30 is a serious commitment. It’s a high-profile program and the rest of the media often responds to what someone says — or doesn’t say — when being interviewed.

As with his counterpart in East Timor, China’s ambassador to Australia imposed no pre-conditions on the interview. 7.30 host Sarah Ferguson did not hold back.

She questioned the ambassador on everything from the UN’s latest report highlighting China’s human rights violations in Xinjiang — including Foreign Minister Penny Wong’s comment that she found the report “harrowing” — to China’s imprisonment of Australian journalist Cheng Lei.

For the past two years Beijing has been testing the waters of engagement with the Western media. And Wang Xining, the second-most-senior diplomat at the Chinese embassy in Canberra who recently finished his posting, has experimented with pushing new boundaries. He appeared at the National Press Club and on the ABC’s Q&A program, for example. Both are live events with no safety nets.

This new approach, undertaken by the number twos or threes in embassies, has now been elevated to ambassador level.

It’s worth noting that this engagement with the Western media does not extend to the media’s activities inside China — where few foreign journalists can get visas to operate and those who are allowed to work in China are closely monitored.

Yet it is also clear that these two ambassadors have the authority to speak to foreign journalists with a clear go-ahead from Beijing.

These ambassadors are, of course, entitled to speak to whomever they want. And it’s undoubtedly a good thing — the Australian public is able to get an insight into Beijing’s thinking.

Until Mr Xiao’s recent address to the press club, no Chinese Ambassador to Canberra had done so for 18 years.

As my colleague David Speers noted, the performance was “raw and revealing”.

The prepared remarks, Speers wrote, involved a token effort to encourage further progress in repairing relations with Australia, but once questions began “it became very clear just how uncompromising China would be on the core issues causing such difficulty in the relationship, particularly the big one — Taiwan”.

After Mr Xiao’s appearance at the National Press Club, nobody could be in any doubt as to what Beijing thinks about Taiwan — he declared that China would use “all necessary means” to re-claim Taiwan. Once that had occurred, Mr Xiao said, “there might be a process for the people in Taiwan to have a correct understanding of China”.

Correct understanding? For many years, Chinese diplomats have been careful not to imply there would be what amounts to a “re-education” of the people of Taiwan. Gone is that hesitancy. The Dragon is strong and it wants us to know it’s strong.

Ambassador Xiao told Sarah Ferguson that Taiwanese citizens advocating full independence from the mainland would be “punished”. As challenging and disturbing as this is for an Australian audience, it’s better that Australians know Beijing’s real agenda than have it clouded in uncertainty.

In the past, supporters of Beijing have argued that China was not prepared to use force to take Taiwan, that Taiwanese would not face retribution or punishment and that Washington had been hyping anti-China propaganda. Beijing itself has debunked those arguments.

What is important about this new confidence and clarity is that Australians can hear Beijing’s real intentions.

It is with this greater knowledge that Australians can make an assessment that a war over Taiwan is now a real possibility.

Australians need to discuss what a war with China would look like. What would be Australia’s contribution to such a war effort in terms of troop numbers and resources?

And, crucially, how many deaths would the Australian public be prepared to accept as a cost of going to war with China?

Will We See North Korean Forces in Eastern Ukraine?
China’s foreign military bases, know where the Chinese army is stationed in the world, one very close to Kashmir
Comment