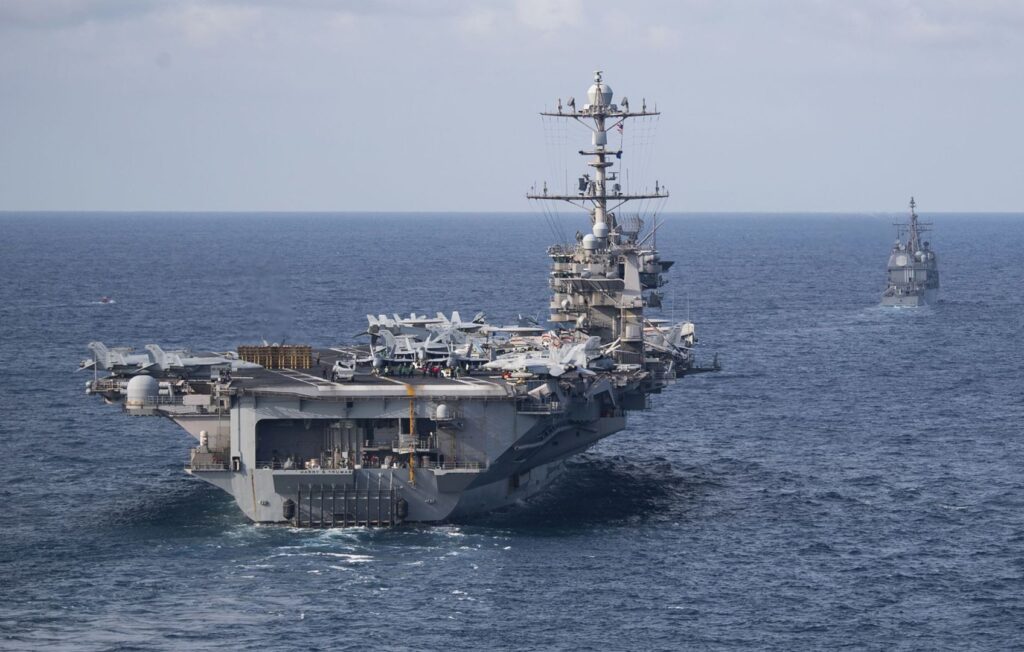 Did China Dodge a Bullet By Not Buying the Soviet’s Nuclear Aircraft Carrier? – Today, the navies of China and India share a few things in common. Each has sought to increase its respective presence in the Indo-Pacific Region, and both Beijing and New Delhi have launched a new domestically-built aircraft carrier. China’s Fujian (Type 003) and India’s INS Vikrant were each the first flattops to be entirely indigenously designed as well.

However, there is another thing that both the People’s Liberation Army Navy (PLAN) and the Indian Navy share – each operates a carrier built in the former Soviet Union. In many ways, Beijing likely had the better deal.

The current flagship of the Indian Navy, INS Vikramaditya began her career as the Soviet Navy aircraft cruiser Baku, an improved variant of the Kiev-class. Laid down in 1978 at the Mykolaiv (Nikolayev) South (Shipyard No.444) in Ukraine, she was launched in 1982 and commissioned into the Soviet Navy in December 1987. The delay was caused by software bugs in the new command and control system. She was one of the first Soviet warships to utilize such an advanced computer network system.

After the dissolution of the Soviet Union, the warship was renamed Admiral Flota Sovetskogo Soyuza Gorshkov in 1991. She continued to serve with the Russian Navy until she was decommissioned in 1996 due to high operating costs. Moreover, the carrier had only recently returned to service after undergoing repairs for a boiler room explosion that had occurred two years earlier.

In Indian service, the carrier has suffered a number of mishaps, including one in 2016 in which two people were killed when a toxic gas leak occurred during maintenance work in the carrier’s sewage treatment plant compartment. In addition, a fire broke out in the boiler room of the aging carrier in April 2019, resulting in the death of a naval officer from smoke inhalation, while several others were injured after fighting the blaze.

China had been rapidly expanding its carrier program since it acquired its first flattop, the Type 001, from Ukraine nearly 25 years ago. The former Soviet Navy aircraft cruiser was rebuilt and re-commissioned as the Liaoning a decade ago. It successfully jumpstarted the PLAN’s carrier program and led to the construction of the Type 002 Shandong, China’s first domestically-built carrier.

In addition, China had actually acquired two other former Soviet carriers, Kiev and Minsk – the former was redeveloped into a theme park and later a luxury hotel, while the latter is apparently rusting away some 50 miles northwest of the Chinese city of Shanghai. There had been plans to transform the aircraft cruiser into a museum ship, but those efforts were seemingly put on hold due to funding and later due to the Covid-19 pandemic.

Where Beijing likely dodged a bullet was in not buying the Ulyanovsk, which was developed as part of the Soviet Navy’s Project 1143.7 program. The fixed-wing aircraft carrier, which was laid down in November 1988, was intended to provide the Soviet Navy with true blue water naval aviation capability. It was to have been equipped with steam catapults, but more importantly, it was to have been nuclear-powered.

The carrier was only about 40 percent complete at the time of the dissolution of the Soviet Union, and construction of the ship was halted. Ukraine, which possessed the carrier, opted to scrap it. Had construction been further along, it is possible that New Delhi or more likely Beijing would have sought to buy the carrier.

That would have certainly given the PLAN an even further jumping-off point, but given that the carrier was still largely incomplete it is hard to determine whether it could have even been completed as a nuclear-powered vessel. Moreover, China lacked the shipbuilding capabilities in the 1990s to actually complete the vessel – and had it been spared from the scrap yard at the time, the elements wouldn’t have been kind to the unfinished vessel.

In the end, China is continuing to further its carrier program and has looked to build its own nuclear-powered carrier. However, the Ulyanovsk would have likely been more trouble than it was worth.