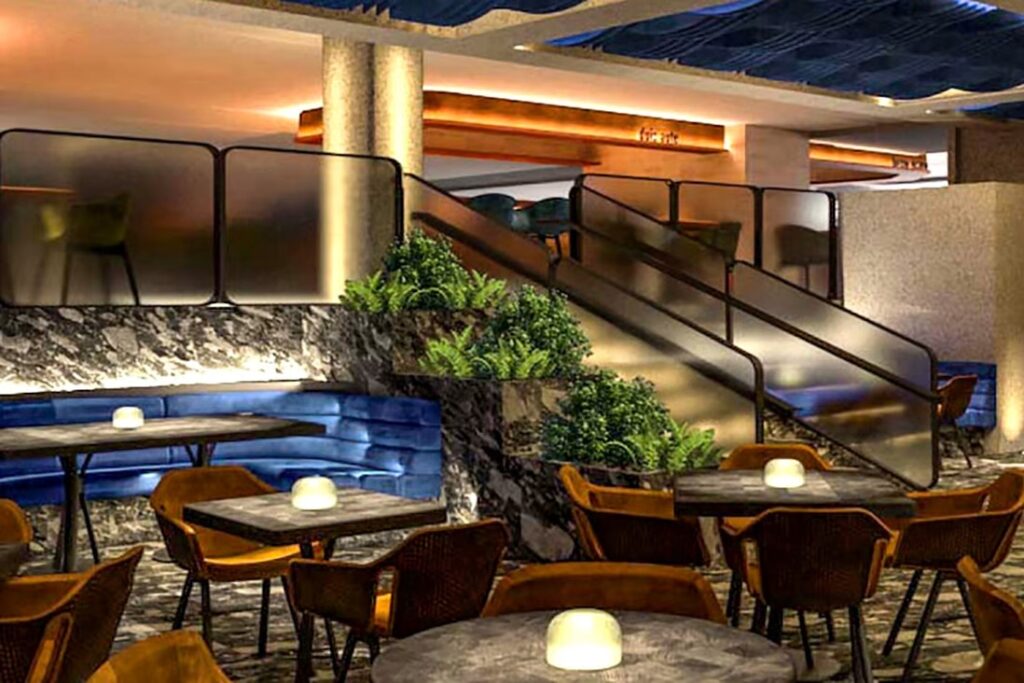 Hongkong Land is tripling the size of its food hall and adding more dining options in one of its prime buildings in Central, as commercial landlords in the city upgrade their properties in a bid to retain and attract new tenants amid rising office vacancy rates.

BaseHall 2, occupying an area of 18,000 sq ft in the basement of Jardine House, will have a soft opening in mid-December, according to Hongkong Land, one of the biggest commercial building owners in the city. It is designed to be a social hub with operations extending until late night and will include more than 20 new food and drink concepts, the company said.

BaseHall 2 is a follow up to BaseHall 1, a 8,868 sq ft food hall comprising various food concepts and bars that opened in 2020. The space was previously occupied by Grappa’s Cellar, an Italian restaurant.

The space’s launch comes at a time when Hong Kong has been steadily easing travel and social distancing measures, with government officials hoping it will lure tourists and business back to the city and regain its stature as the premier financial hub in Asia.

Overall vacancy rates in prime office buildings in Hong Kong rose to 10.5 per cent in September, from 9.6 per cent in August, owing to the completion of new office buildings, according to property consultancy JLL. Rents also dropped further by 1 per cent.

With more office buildings coming on stream in the months ahead, landlords have become conscious of the changing needs of their tenants and quickly adapting to the landscape including the need to provide work-life balance to their staff, according to Lawrence Wan, head of advisory and transaction services for retail at CBRE Hong Kong.

“A unique and high-quality F&B [food and beverage] or retail brand mix can add value to office buildings,” Wan said, adding that it is likely to attract more international firms and increase revenue for the landlords.

“Employers, especially international firms, want to have a work-life balance for their staff, and [a good retail space] provides more options for their staff to meet clients, or chill out after work, or even for team-building purposes,” he said.

BaseHall 2, previously occupied by restaurants Jasmine Place, Miso and Deli and Wine, will facilitate events such as parties, live music events, cooking classes, film screenings and DJ nights, according to Hongkong Land. Its layout will also allow flexibility for the space to be used for group dining and private events, the company said.

The inclusion of concepts such as an event space, a supermarket and a speakeasy was in response to “tenant feedback” and would allow Hongkong Land to further “build community and connection”, Tam said.

“Riding on the success of BaseHall 1, we expect to attract a diverse range of customers to BaseHall 2 – from the office tenants who will welcome it for its convenience and further dining options – to the younger diners who will come for the home-grown brands,” he added.

A law firm tenant, Tam said, has chosen BaseHall 2 as the venue of its Christmas party.

Hongkong Land has been among the most prolific landlords converting empty spaces to shops and restaurants.

Last year, it leased a floor in Alexandra House, a grade A office tower in Central, that was previously occupied by a law firm to two restaurants.

The group’s Central office portfolio vacancy rates decreased marginally to 5.1 per cent in September from 5.4 per cent at the end of June, the company said.