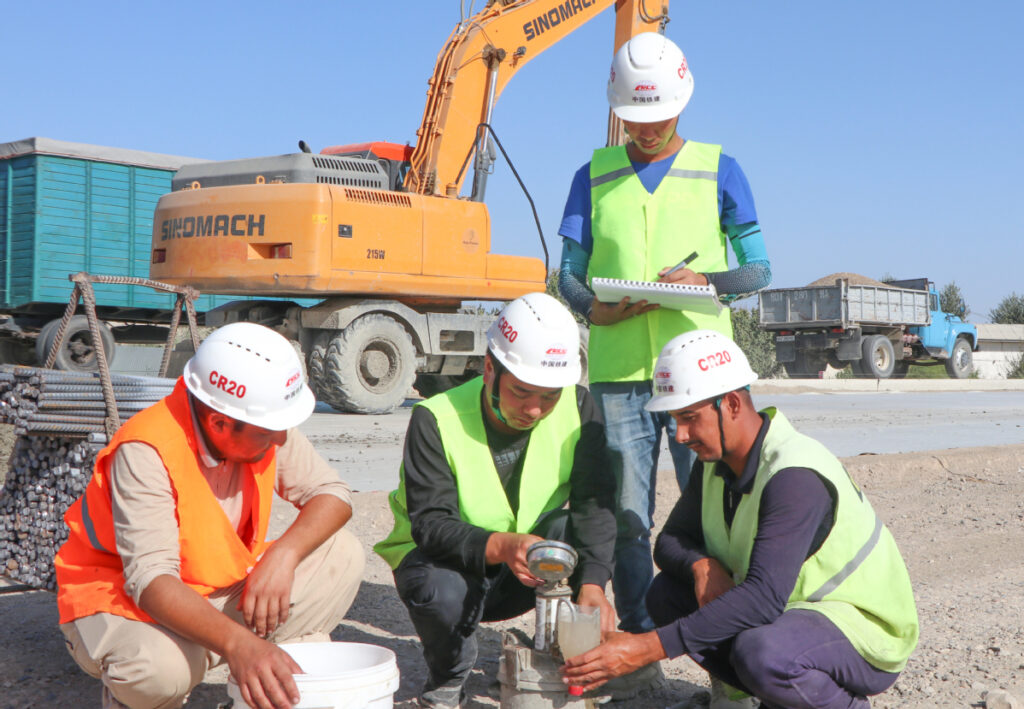 A subsidiary of State-owned China Railway Construction Corp plans to build more infrastructure projects in Uzbekistan and other Central Asian countries in the coming years.

The move by China Railway 20th Bureau Group Corp comes as members of the Shanghai Cooperation Organization step up integration of the Belt and Road Initiative with regional cooperation programs and national development plans, officials said.

The SCO was established in Shanghai in 2001 by China, Kazakhstan, Kyrgyzstan, Russia, Tajikistan and Uzbekistan. The organization expanded in 2017 to include India and Pakistan.

The Xi’an, Shaanxi province-based company, an infrastructure project provider known as CR20G, completed a rural road demonstration project for a village in Uzbekistan’s Bukhara state. The section of road was built to demonstrate the quality of the company’s construction techniques.

The project used roller-compacted concrete construction techniques, which resulted in a highly durable surface that is fast and economical to employ. It is meant to show how it could be useful in fulfilling Uzbekistan’s plans to improve rural roads nationwide, said Song Rongjun, head of CR20G’s overseas business department.

Uzbekistan has launched many water and power supply, road and other infrastructure projects to improve living conditions for nearly half of the population that lives in rural areas, he added.

Eager to enhance connectivity within the country, Uzbekistan plans to launch a nationwide rural road reconstruction project stretching more than 2,000 kilometers this year.

After entering the Uzbekistan market in 2018, CR20G won bids for three big-ticket projects — two agricultural irrigation projects and a part of the A380 highway project, a 1,204-km trunk road.

The company started reconstruction of the Bukhara-Gazli section of the A380 highway in 2020, and said the 87 km-long road would be operational in 2024.

“Besides creating more than 500 jobs for local residents and promoting the growth of local raw materials, machinery and equipment manufacturing businesses, the road project will greatly advance economic and social development along the route,” Song said.

With the test section done, officials overseeing the A380 highway project and representatives of the Asian Development Bank inspected the site and exchanged opinions on construction plans with CR20G, providing important suggestions for the design of the pavement structure of rural roads in Uzbekistan.

Because the economic growth of many SCO members relies heavily on trade in commodities and other agricultural products, it is a practical move for them to work with Chinese companies to further bolster the structure of trade and deepen cooperation in infrastructure development, modern manufacturing and the low-carbon economy, said Zhang Shaogang, vice-chairman of the Beijing-based China Council for the Promotion of International Trade.

Zhou Mi, a senior researcher at the Chinese Academy of International Trade and Economic Cooperation in Beijing, said those countries need to uplift trade and investment activities, as well as enhance openness and interconnectivity, especially as the global economy is suffering from geopolitical and geoeconomic headwinds.

In addition to drawing up plans for expanding settlement in national currencies to provide better financial services for collaboration on major projects, SCO members should continue to work together to advance collaboration in logistics, education and green and smart infrastructure development, Zhou said.