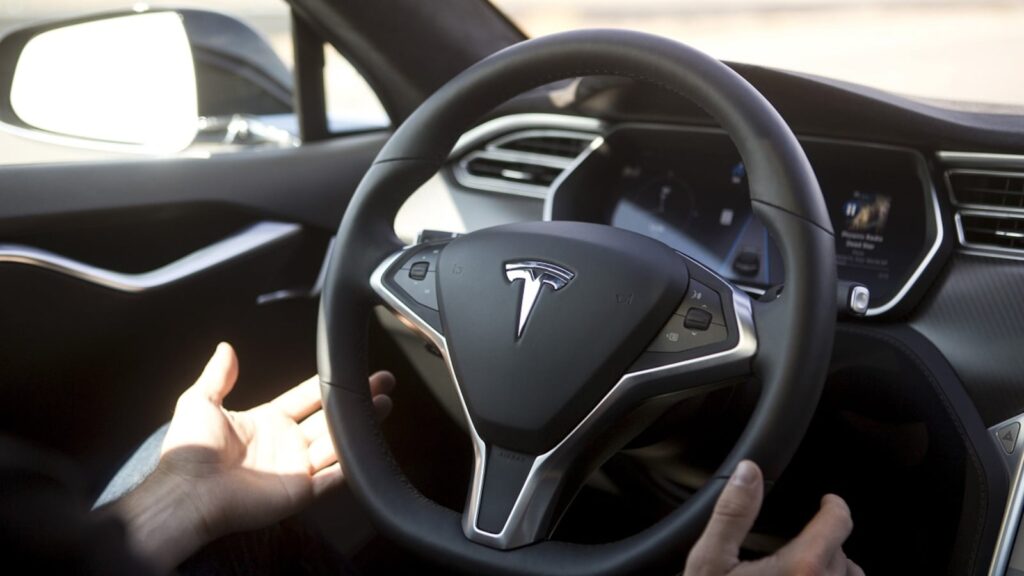 SHANGHAI, Nov 11 – Tesla (TSLA.O) is considering exporting made-in-China electric cars to the United States, two people with knowledge of the planning told Reuters, a reversal that would reflect the automaker’s deepening cost advantage at its Shanghai plant and slower demand from Chinese consumers.

Tesla has been studying whether parts made by its China-based suppliers are compliant with local regulations in North America, and if they are, could ship China-made Model Y and Model 3 cars for sale there as soon as next year, said the people, who declined to be named as the matter is private.

That could also open a channel for exports to Canada, one of the people said.

Tesla’s Shanghai Gigafactory has the capacity to produce 1.1 million electric vehicles per year after an upgrade earlier this year, making it Tesla’s most productive manufacturing hub.

The Shanghai plant makes Model 3 sedans and Model Y crossovers to sell in China and for export to markets including Europe, Australia and South East Asia.

Until recently, Tesla had been selling or shipping for export every vehicle it could produce in Shanghai, but inventory levels rose by their largest margin ever in October, according to data from brokerage CMBI.

In addition, factors including a cheaper yuan against the U.S. dollar, lower raw material prices in China and the rise in Tesla and new-car prices in the United States have combined to make exports from China to the United States potentially cost competitive, the people with knowledge of the plans said.

The plan, if enacted, could create new complexity for U.S. buyers. Under the terms of a new electric-vehicle subsidy and production-incentive plan signed into law by U.S. President Joe Biden, the incentive available for an individual vehicle could vary depending on whether it was imported.

It could also be politically contentious. Tesla has been widely seen as one of major beneficiaries of the Biden administration’s Inflation Reduction Act (IRA), which offers rebates of up to $7,500 on EV purchases as part of a law intended to push automakers to reduce their reliance on China.

Tesla Chief Financial Officer Zachary Kirkhorn told investors last month that the automaker was “very well-positioned to capture a significant share” of the incentives offered under the IRA for EVs and batteries for energy storage.

Until now, Tesla’s strategy has been to build the cars it sells in North America at its plants in Fremont, California, and Austin, Texas.

The California plant, Tesla’s first, produces the Model S, the Model 3 sedans and the Model X and Model Y crossovers. The Texas plant, which opened earlier this year, makes the Model Y and will produce Tesla’s upcoming Cybertruck.

Tesla is also ramping up production at a plant it opened in Berlin earlier this year. Output from the Berlin plant will reduce the need for some exports from China, one of the sources said.

At the same time, the price gap between Tesla cars sold in China and the United States has been widening, reflecting both higher U.S. prices and new discounts in China.

In China, where CMBI analysts have warned of a coming “price war,” Tesla slashed the starter prices for Model 3 and Model Y in China by as much as 9% last month.

On Monday, it offered an additional rebate for buyers who take delivery this month and buy insurance from one of Tesla’s partners.

In 2018, before Tesla’s Shanghai plant was operating, Chief Executive Elon Musk had asked then-President Donald Trump to raise tariffs on cars imported to the United States from China in order to achieve “a fair outcome” where both sides had equivalent and “equally moderate” tariffs.

Tesla would not be the first U.S. automaker to ship made-in-China vehicles to the United States. General Motors (GM.N) has imported the Buick Envision SUV and unsuccessfully petitioned for an exemption to 25% U.S. tariffs imposed by the Trump administration.