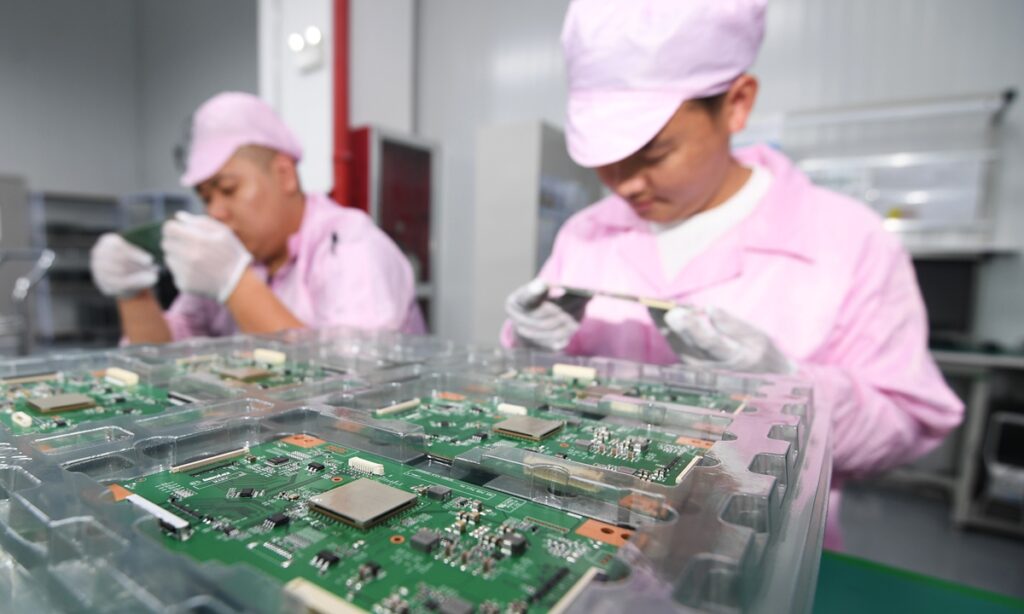 A recent Bloomberg report revealed that 19 of the world’s 20 fastest-growing chip firms are Chinese, and suggested that this growth had been sparked by US sanctions.

Its list includes AI chip firm Cambricon Technologies and design tool developer Primarius Technologies, who have doubled sales over the past few years. The list also includes Shanghai Fullhan Microelectronics Co., which has grown 37%, and the biggest chip foundry SMIC, which boosted sales 67% in Q1.

These are impressive numbers, yet most of these are small-scale firms growing off a small base.

For example, most fall into the chip design category, but none is anywhere near the top ten list of designers, led by Qualcomm, NVIDIA and Broadcom, as ranked by research firm TrendForce.

The one Chinese company that does, Will Semiconductor, isn’t one of those enjoying a growth spurt. It’s a relatively small company, with sales less than a tenth of Qualcomm’s, and it actually recorded a decline in Q1 revenue.

Besides the lack of scale, there’s no sign that China is gaining in its biggest shortcoming, high-end manufacturing, where it remains several generations behind leaders TSMC and Samsung.

China has been the world’s biggest consumer of chips since 2005, but despite its long-held ambitions and billions tipped into the domestic industry, it’s been slow to catch up.

Analyst firm IC Insights expects that China chip manufacturers will meet 21% of total demand by 2026, but that will still represent no more than 8% of global production.

Since the US began imposing bans on chip exports, there’s been a torrent of cash washing into the Chinese industry. In 2021, public and private investors tipped in 388 billion yuan ($58 billion), a massive spike over the previous year, in which just 110 billion yuan was invested.

The Bloomberg story provocatively suggested that the sanctions had helped to “supercharge” China’s chip industry. But it would be more accurate to say it has overheated the sector.

China’s chip fever resulted in the founding of some 600 chip startups last year – but most of those are going to struggle, not because of the market or their technology but because they won’t have the skills.

An industry report last year said a severe talent crunch is on the way, predicting a shortage of more than 200,000 IC professionals by 2023. That doesn’t include skilled industrial workers or those in upstream fields such as materials and equipment; the shortfall could be tens of thousands more.

Another report says only about 14% of the graduates in chip-related fields take up careers in the sector. Many, if not most of those who do, will plump for higher salaries at foreign firms.

China’s chip industry is making some significant gains but in most key areas, it’s still a laggard.