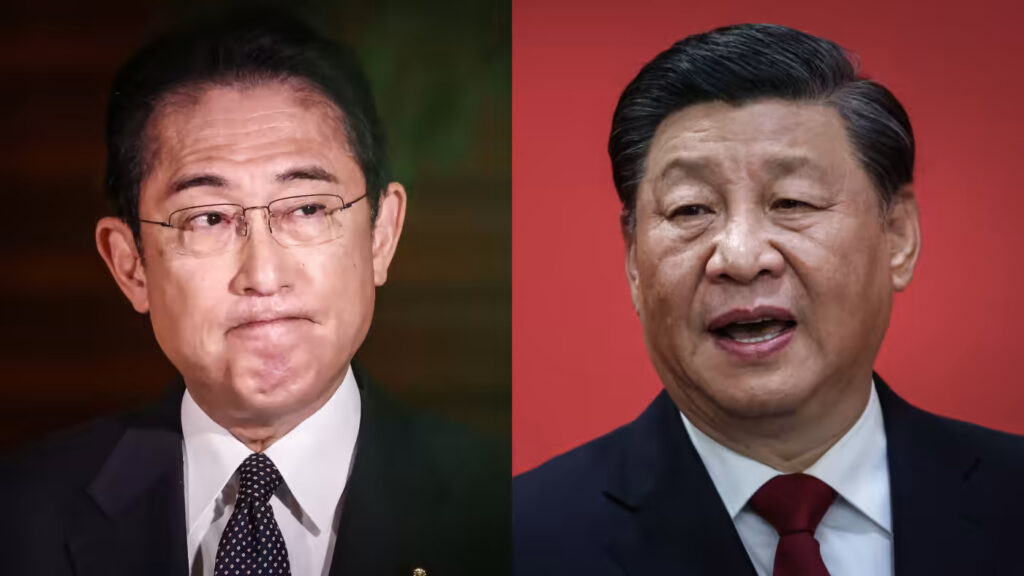 Businesses continue to invest in No. 2 economy despite U.S. calls to diversify

BANGKOK — The leaders of Japan and China held their first summit meeting in about three years on Thursday as Japanese companies struggle to find a balance between maintaining a presence in the world’s No. 2 economy and responding to U.S. calls to diversify.

It also followed Xi and Joe Biden’s face-to-face meeting on Monday — the first since the latter moved into the White House in early 2021, though they had spoken multiple times by phone or online.

Experts say it is important for Japan and China to keep in closer touch. “Washington maintains channels of communication with China despite their sharp disagreements on the security front,” said Norihiro Sasaki, international relations professor at the National Defense Academy in Tokyo. “Japan needs to develop its own channels of dialogue with China, instead of just criticizing them.”

Diplomacy has been overshadowed by the intensifying technological rivalry between the U.S. and China. A recent salvo came on Oct. 7, when Washington imposed sweeping curbs on semiconductor exports to China. The U.S. is concerned that economic dependence on China will leave America and its allies vulnerable to Beijing’s coercion.

The tensions, however, have put Japanese companies in an awkward position. Many are rushing to shift some production bases outside of China. But they also want to maintain their presence in the country — a struggle that mirrors those of counterparts in places like Germany, South Korea and Taiwan, all of which have significant economic ties with China.

The U.S. wants to wean itself and its partners off the Chinese economy. China’s share in U.S. imports dropped to 17% in the January-September period of 2022, down from 21% in 2018.

China’s share in Japanese trade also fell — but only slightly — to 20% from 21% for the corresponding period, indicating Japan’s greater dependence on its giant economic neighbor.

China does have a history of using its economic clout as leverage and Japan has experienced it first-hand. In 2010, Beijing blocked rare earth exports to Japan in retaliation for the Japanese arrest of a Chinese fishing boat captain near disputed islands. It also imposed trade restrictions on Australia after Canberra called for an investigation into the origins of the COVID-19 outbreak.

“When they don’t like somebody politically, they use economic coercion,” Rahm Emanuel, U.S. ambassador to Japan, told a symposium on Monday, the same day Biden and Xi had their long-awaited meeting. “We all just have to be clear-eyed, call it like we see it, and act accordingly in our self-interest.”

But for Japan and its businesses, it is complicated.

“Striking the right balance between economics and national security is a difficult challenge,” Taro Aso, former Japanese prime minister and chairman of the Nakasone Peace Institute, said at the same symposium on Monday. “A complete economic decoupling from China is unrealistic.”

Shigenobu Nagamori, CEO of Nidec, the world’s largest motor maker, continues to hold out hope for a U.S.-China rapprochement. In an interview with Nikkei Asia this month, Nagamori said that the current rift will be “temporary” and that “their relationship will eventually stabilize and the globalization trend will return.”

“Look at Japan and the U.S., which fought a war, but have overcome that past and have developed even stronger ties,” he said.

Nidec produces drive motors for electric vehicles, and has made large investments in China to capture the Chinese EV market, the world’s largest. In the interview, Nagamori also disclosed that Nidec is considering a 100 billion yen investment in Mexico to meet growing EV demand in the U.S., adding that the company produces where there are customers.

Other companies are heeding the American warning and have moved to diversify production. But they continue to invest in China in areas where advanced technology is not involved. The market is simply too large for them to ignore.

Murata Manufacturing, the world’s largest capacitor maker, said on Nov. 7 that it will invest 44.5 billion yen ($318 million) in its plant in Wuxi, near Shanghai, to expand capacity. Murata says it is also boosting production in other countries.

Such moves indicate that the U.S. campaign to reduce dependence on China is still a work in progress.