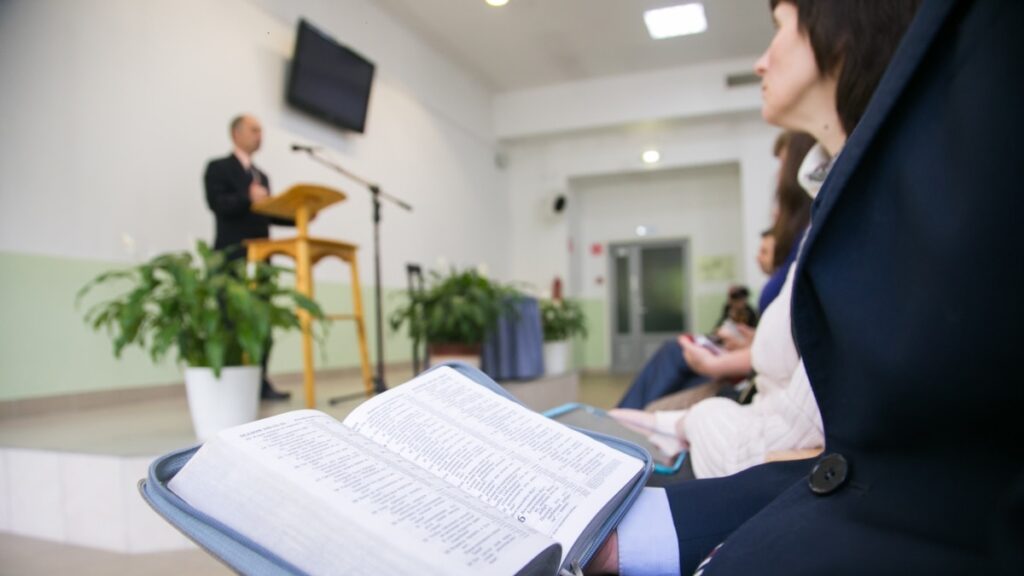 The UN body ruled that conscientious objection, proselytization, and claiming theirs is the “true religion” cannot be prohibited

The United Nations Human Rights Committee (CCPR) is the UN body ruling on violations of the International Covenant on Civil and Political Rights (ICCPR). States that have signed the Optional Protocol to the ICCPR recognize that the Committee has authority to rule on these matters, and undertake to provide effective remedies to correct the violations the CCPR has ascertained.

Tajikistan is a signatory to both the ICCPR and the Optional Protocol. The Committee ruled on September 7, 2022, by adopting “Views” on the communication of two Tajik Jehovah’s Witnesses, Vladimir Adrykhayev and Behruz Solikhov, and The Religious Association of Jehovah’s Witnesses in Dushanbe (RAJW). The Committee stated that legal entities as such are not protected by the ICCPR, while their members are, and proceeded to examine the communication of the two Tajik individuals (but not of the RAJW).

Even gatherings in private homes were raided by National Security. To this very day, Shamil Khakimov, a 71-year old widower and a Jehovah’s Witness, whose health is deteriorating tremendously, is still serving his imprisonment term under a verdict largely based on the 2007 ban decision, despite March 19, 2021 interim measures mandated to release him because of his health problems.

The Jehovah’s Witnesses then started a long pilgrimage through Tajik military and civil courts, and attempted to submit a new application for registration, but all their legal and administrative requests were rejected. The Tajik authorities and courts also relied, as it often happens in the post-Soviet area, on opinions by “experts” who declared the Jehovah’s Witnesses a “dangerous and totalitarian sect” (although the Russian word “sekta” should rather be translated in English as “cult”), parroting arguments used in Russia.

The Tajik authorities mentioned the refusal of blood transfusions, which they said, without submitting any evidence, had caused “the death of a large number of the Community’s members,” and the fact that the Tajik public opinion was firmly against the Jehovah’s Witnesses. The Committee dismissed the latter argument as irrelevant, since the protection of human rights operates irrespective of the public opinion’s feelings, and did not discuss specifically the blood transfusion issue, absorbing it into the general observation that damages to public health had not been proved.

The Committee focused on three main arguments used by Tajik administrative and legal authorities to ban the Jehovah’s Witnesses. The first was that they advocate conscientious objection, and ask Tajikistan to introduce a law allowing conscientious objectors to substitute compulsory military service with alternative civilian service, both activities local laws regard as illegal.

The Committee observed that “although the Covenant does not explicitly refer to a right of conscientious objection, such a right derives from article 18 [ICCPR], inasmuch as the obligation to be involved in the use of lethal force may seriously conflict with the freedom of thought, conscience and religion. The right to conscientious objection to military service inheres in the right to freedom of thought, conscience and religion. It entitles any individual to an exemption from compulsory military service if such service cannot be reconciled with that individual’s religion or beliefs, as is the case with Jehovah’s Witnesses.”

The second reason supplied by Tajikistan for its ban is that the Jehovah’s Witnesses disturb the public order through their proselyting activities, generating “numerous complaints” by members of other religions. The Committee first noted that Tajikistan “has not provided any evidence in support of its assertion that there were numerous complaints concerning members of the Jehovah’s Witnesses community, because of the propaganda of their religious teaching and the distribution of religious publications in public places.”

Referring to the 1993 CCPR General Comment no. 22 on article 18 ICCPR, the Committee also observed that “religions and beliefs should not be discriminated against by the State parties on the ground that they are newly established or represent religious minorities that may be the subject of hostility on the part of a predominant religious community.”

The Committee noted the argument by the Jehovah’s Witnesses “that, by banning the RAJW and by refusing to re-register it, they have been denied by the State party a full range of rights enjoyed by members of a registered religious organisation. Namely, the rights to jointly manifest their religious beliefs, including the right to conduct religious meetings and assemblies, to own or use property for religious purposes, to produce and import religious literature, to receive donations, to carry out charitable activity and to invite foreign citizens to participate in religious events.

Consistent with its general comment No. 22, the Committee considers that these activities form part of the authors’ right to manifest their beliefs. Furthermore, the Committee notes the authors’ uncontested assertion that religious activities of Jehovah’s Witnesses have been perceived as illegal by the Tajik authorities and led to arrests, detentions, interrogations, searches, beatings, seizures of religious materials, as well as a deportation of Jehovah’ Witnesses.”

The third argument by Tajik authorities, and one obviously “imported” from Russia, is that the Jehovah’s Witnesses are an “extremist” group and a “totalitarian sect” (cult) because they claim that the teachings of their organization offer “the truth,” thus implying they are superior to those of other religions. The Jehovah’s Witnesses reasonably objected that all religions claim that they teach “the truth,” and that they do so without advocating, or inciting to, violence. The Committee accepted this statement. When it does not include violence or incitement to violence, presenting religious doctrines as “true” and trying to convert members of other religions are legitimate part of the exercise of religious liberty.

The Committee concluded that “none of the reasons put forward by the State party’s [Tajikistan’s] authorities and courts to justify the decision to ban the RAJW and to refuse its re-registration, thus placing limitations on the authors’ right to manifest their religious belief, meets the requirement of article 18 (3) of the Covenant to be necessary to protect public safety, order, health, or morals or the fundamental rights and freedoms of others.

In light of all the above, and considering the significant consequences of a refusal of re-registration of the RAJW, namely the impossibility of carrying out religious activities, the Committee concludes that the refusal to re-register the RAJW amounts to a limitation of the authors’ right to manifest their religion under article 18 (1) that is unnecessary to achieve a legitimate aim under article 18 (3) of the Covenant. The Committee therefore concludes that the authors’ rights under article 18 (1) of the Covenant have been violated.”

The Committee “wishes to receive from the State party [Tajikistan], within 180 days, information about the measures taken to give effect to the Committee’s Views. The State party is also requested to publish the present Views and to have them widely disseminated in the official languages of the State party.”

Whether Tajikistan will comply with the Committee’s Views, as it should as a signatory to the Optional Protocol, remains to be seen. The Views, at any rate, are just another authoritative statement that Russian-style arguments to ban the Jehovah’s Witnesses are factually false, discriminatory, and illegal under international law. Following the ECHR judgment in the case of “Taganrog LRO v. Russia,” the Committee’s ruling is yet another blow to the tactics Russia is trying to export to hit Jehovah’s Witnesses outside of its territory. Hopefully, the authorities in other regions, such as in Transnitria, where a prosecutor has recently tried to ban some of their publications and their website, will take these decisions into account and dismiss Russian propaganda.