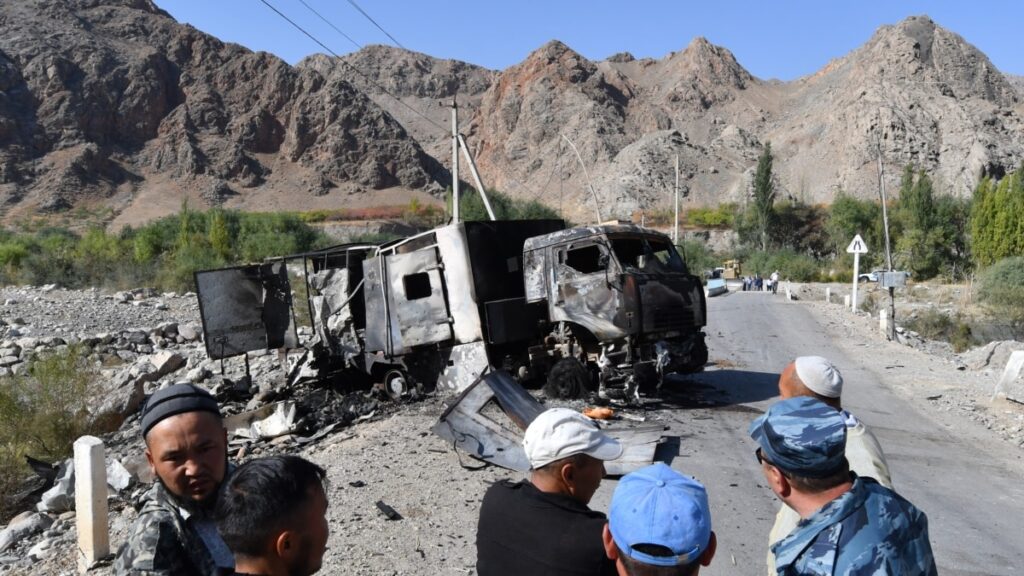 Tajikistan accused Kyrgyzstan on Wednesday of failing to withdraw military hardware from their mutual border after last week’s deadly conflict and hiding it instead, a charge Bishkek denies.

At least 100 people died and about 140,000 were evacuated when the two Central Asian nations, both of which are allied with Russia, clashed in a border dispute on Sept.14-16, using tanks, aviation and rocket artillery.

They have since agreed to cease hostilities and pull back troops, but, indicating tensions remain high, Tajikistan’s foreign ministry said in a statement on Wednesday Kyrgyzstan was not honouring its part of the deal.

It said it has spotted camouflaged Kyrgyz armed personnel carriers and other military equipment and a group of special forces servicemen near the border, as well as Kyrgyz drones crossing into Tajik territory.

Both countries host Russian military bases and are members of a Russia-led security bloc.