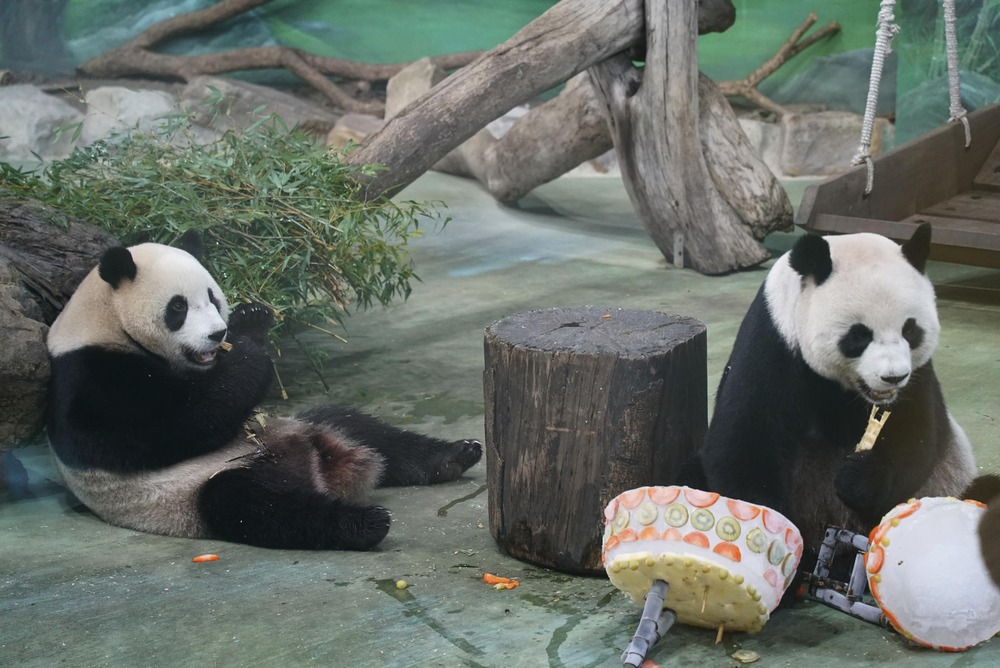 The giant panda called Tuan Tuan was gifted to Taiwan by Beijing in 2008 alongside his breeding partner, Yuan Yuan.

But the 18-year-old bear has become increasingly unwell and zookeepers in Taiwan suspect he has a brain tumour.

Taiwan has called on vets from mainland China to help assess Tuan Tuan as he moves into end-of-life care.

The two pandas were donated during a period of warmer relations between the neighbours, although their names combined mean “reunion” or “unity” – probably a reference to Beijing’s desire to reabsorb Taiwan one day.

Relations have since soured between China and Taiwan, which Beijing regards as a breakaway province.

It is not clear when the vets will arrive, but Taiwan officials said they were processing their visa applications.

Since their arrival, Tuan Tuan and Yuan Yuan have become huge attractions in Taiwan.

“He was small and so cute when he first got here,” Heng Ling-lin, who brought her children to Taipei Zoo to sign get-well notes, told the AFP news agency.

“He was like everybody’s baby,” she added. “It breaks my heart now to see him like this.”