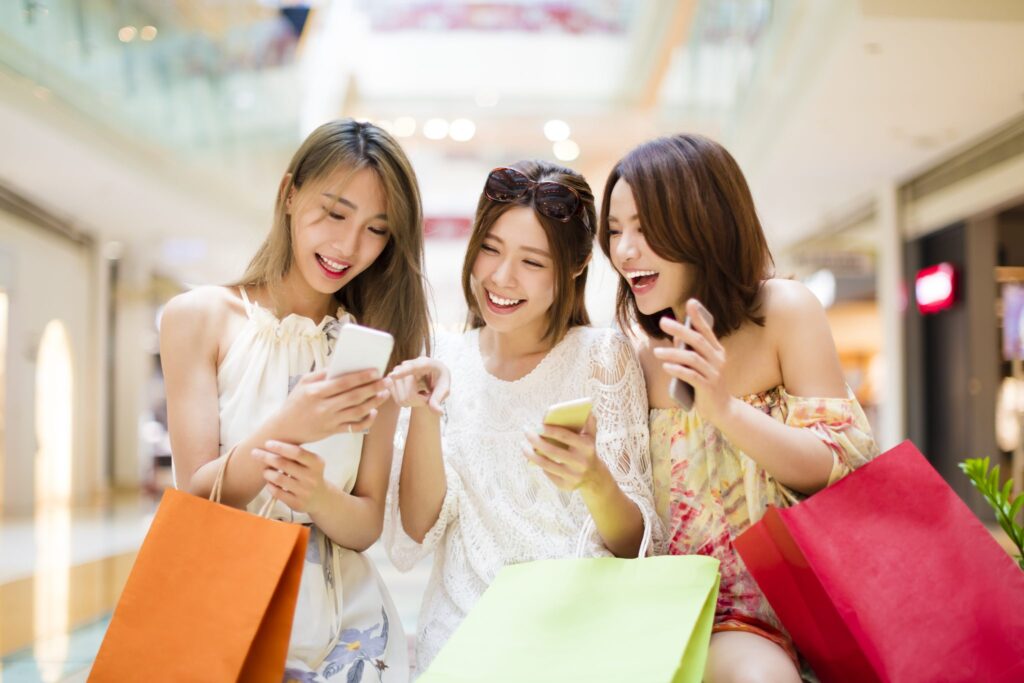 On Douban, a Chinese website that provides information related to current events, music, and more, young Chinese are flocking to groups that offer money-saving tips. One group, named “Crazy Money Savers,” which has over 600,000 subscribers, encourages members to shun takeout and bubble tea, and advises them to delete popular e-commerce apps like Alibaba and Pinduoduo.

In 2015, Chinese President Xi Jinping launched a new economic strategy emphasizing domestic consumption and production to shift the Chinese economy into its next stage of development. But in recent years, many young Chinese—like those who joined Douban’s “Crazy Money Savers”—have begun saving, scrimping, and turning to social media influencers for advice on how to live frugally, a lifestyle directly in conflict with the government’s ambitions.

The uncertainty generated by the COVID-19 pandemic reshaped how Chinese citizens consumed. And Beijing’s relentless pursuit of ‘zero-COVID,’ during a time when China’s property sector is spiraling and youth unemployment is skyrocketing, has prolonged and exacerbated people’s economic anxiety.

Now, Beijing’s economic planners, who are resting their hopes on growing consumption to fuel China’s economy, are trying to reverse the newly frugal lifestyles of many young Chinese—a trend that threatens to upend the Chinese economy amid its worst downturn in decades.

In the 2010s, global firms touted the rise of the Chinese shopper—particularly young ones.

In 2017, Chinese millennials pushed the country’s luxury goods market up by 20% to $22 billion in sales— the greatest jump in half a decade, consultancy Bain wrote in a 2018 report. During that time, China’s young shoppers were optimistic: online shopping was becoming easier and many of them were the only child in their families who grew up in an era of non-stop economic growth and rising home prices.

But because of the COVID outbreak China’s year-over-year retail sales—a gauge of consumer demand—fell 21% in February 2020, from an 8.2% gain in the same month a year earlier.

This year, the Chinese authorities’ harsh and protracted COVID lockdowns, alongside a deepening property crisis and high youth unemployment tanked consumer sentiment. China’s year-over-year retail sales growth surged to 34% in March 2021 as people believed the country was nearing the end of COVID. But a year later, in March 2022, that exuberance tempered and China’s retail sales fell 3.5% and then 11.1% in April. The latest August numbers show a pickup—a 5.4% gain—from a year ago, though experts warn that many factors are still weighing on consumer demand.

“Chinese consumers have become more cautious, and we see no indication of this changing in the near-term,” Amy Huang, an economist at non-profit research firm The Conference Board, wrote in an August note. Chinese consumers will “remain cautious about spending on non-essential items and increase their savings in the face of growing uncertainty about the economy,” she said.

Earlier this year, Shanghai endured a severe lockdown that trapped residents in their homes for eight weeks. Some residents were unable to get the food, medicine and healthcare they needed; others suffered mental health trauma. Vera, a 30-year-old finance professional who was born and raised in Shenzhen, visited Shanghai for a business trip in March. Her week-long visit turned into a five-week ordeal due to the lockdown: “I lost all sense of time and self. I was stuck alone inside the apartment everyday… connected to the outside world only if I turned on VPN,” she told Fortune on the condition that, like other young Chinese interviewed for this story, that her last name not be used fearing backlash from her boss or future employers. “I consider myself an emotionally tough person, but by the twelfth day, I began breaking down,” she said.

In subsequent months, a series of protests by Chinese homeowners refusing to pay their mortgages rocked China’s already-embattled property sector. It further dampened people’s confidence in the economy because citizens had become accustomed to real estate as a safe investment vehicle that offered outsized returns.

The recent events shattered Vera’s confidence in the authorities and led her to question China’s economic future for the first time. “I always thought I’d want to stay in China and buy a home. Now I’m really not sure,” she said.

The events also prompted changes in consumption habits and a gloomier outlook for many young Chinese, like 25-year-old Shanghai resident Daphne, who works in marketing. The pandemic initially shifted Daphne’s spending online. But the shock of the Shanghai lockdowns and mortgage protests “told me things are going wrong. My family and friends’ families have lost a chunk of money on their properties. They can’t bear to think about those losses now. Maybe it’s now time to worry and to save more… it’s better to be safe than sorry,” she told Fortune.

During and prior to the pandemic, Daphne felt empowered to spend a quarter of her income on shopping, dining out, and other activities like karaoke and travel. Now, “at least a handful” of closest friends can’t find a job or have taken a pay cut, while her manager at work says “it’s not the time for a salary review,” she said.

As a result, Daphne has begun paying more attention to money-saving groups on social media. She’s now swapped hotpot at restaurants for home-cooked meals, and has sworn off designer bags for a while.

Daphne and her friends aren’t alone. China’s youth unemployment rate soared to nearly 20% in July. The country’s general slowdown and government crackdown on tech has led to pay cuts and mass layoffs.

Last year, when Chinese consumption recovered slightly, “affluent Gen Z were a key growth driver… representing up to 80% of the growth of the luxury market,” Jacques Penhirin, a partner at consultancy Oliver Wyman said earlier this year. But “this time around, the affluent Gen Z may react differently, especially since a lack of job security may be something that they have to deal with for the very first time,” Penhirin wrote.

As young Chinese look to save money, the government is pushing them to spend more.

In Shenzhen—a south China tech hub known as the country’s Silicon Valley—the city government rolled out a $15 million stimulus scheme in May that offered subsidies to encourage spending on personal electronics, home appliances, and electric vehicles. The month prior, the city handed out roughly $70 million in consumption vouchers.

Yet these initiatives aren’t enough to stimulate the kind of spending that Beijing needs, experts say.

Sluggish consumption remains a major problem for Beijing’s top policymakers. Chinese Premier Li Keqiang said in a Wednesday speech that the government will do “whatever we can to expand effective investment and promote consumption” to deal with the weak demand.

Beijing has been discussing boosting consumer spending for months, while steering clear of major changes like drastically relaxing its zero-COVID measures or transferring cash to struggling households, research firm Trivium China wrote in a recent note. But until Beijing decides to do so, consumer demand “will continue to flounder,” the analysts said.