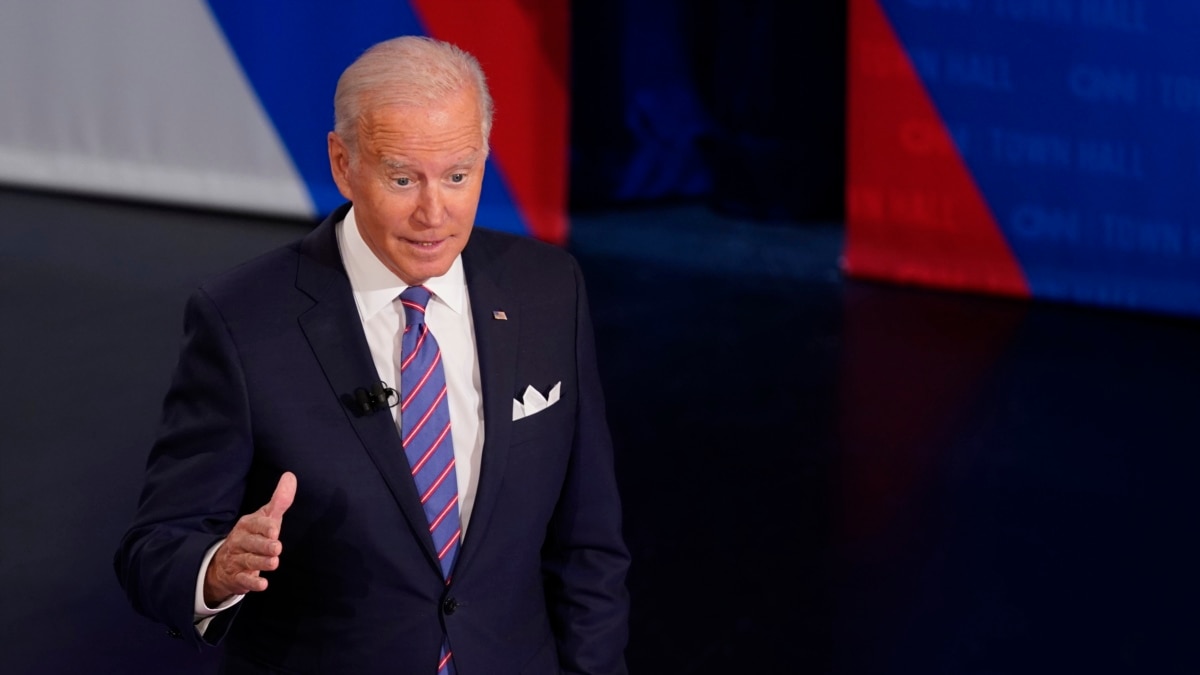 Whether they were intentional or not, U.S. President Joe Biden’s recent remarks over the defense of Taiwan are raising questions about Washington’s approach to the democratic island — creating uncertainty and confusion over U.S. policy just as China ramps up its military pressure on Taipei.

For the fourth time since taking office, Biden this week appeared to upend the U.S. policy of “strategic ambiguity” — under which the U.S. expresses a strong interest in Taiwan’s security while avoiding an outright promise to defend it — delivering his most explicit comments to date that Washington would defend the self-ruled island from Chinese attack and hinting that it could support Taipei’s right to self-determination.

Although the White House has been quick to say that Biden’s remarks do not represent a shift in U.S. policy, some experts say this assertion is no longer credible.

“The president is making policy, whether intentionally or not,” Zack Cooper, a senior fellow at the American Enterprise Institute think tank, wrote in an analysis Monday.

According to Cooper, while the Biden team may contend that there is no change to policy and the president’s remarks are merely “aiming to maintain the status quo” on Taiwan, “the strategy for achieving this objective has changed.”

“Biden is choosing to be less ambiguous about U.S. intentions in case of an unprovoked attack on Taiwan,” Cooper wrote. “Biden’s advisors should acknowledge this inescapable reality.”

Asked in an interview that aired Sunday if U.S. forces would defend Taiwan, Biden said, “Yes, if in fact there was an unprecedented attack.” Queried to clarify if he meant that, unlike in Ukraine — where Washington has sent billions of dollars in weapons and aid — U.S. troops would defend Taiwan in the event of an invasion, the president offered an unequivocal “Yes.”

It was the fourth time Biden, 79, had delivered similar comments, including after a May summit in Tokyo with Prime Minister Fumio Kishida. Each time, White House officials have denied any change in U.S. policy when pressed if this was, as some observers have put it, the end of strategic ambiguity and the beginning of strategic clarity.

On Monday, White House Indo-Pacific coordinator Kurt Campbell emphasized that while the president’s remarks “speak for themselves,” U.S. policy “has been consistent and is unchanged, and will continue.”

Washington has maintained a “One China” policy since 1979, in which it officially recognizes Beijing rather than Taipei but takes the stance that Taiwan’s status is unsettled. Meanwhile, the Taiwan Relations Act requires the U.S. to provide the island with the means to defend itself.

Beijing views Taiwan as a renegade province that must be brought back into the fold, by force if necessary. It is seen as China’s most important “core issue,” and the ruling Communist Party has said there is “no room for compromise or concession.”

Some observers say the president may have also undercut the U.S. principle of “dual deterrence” — discouraging Beijing from attacking Taiwan unprovoked while simultaneously deterring Taipei from taking actions that may provoke China — which lies at the heart of strategic ambiguity.

Jessica Chen Weiss, a professor at Cornell University focusing on Chinese politics and foreign relations, called Biden’s remarks “dangerous, even if not an official change in policy.”

“Not supporting Taiwan independence is longstanding U.S. policy. But this new combo (a pledge to send troops + decisions about independence are Taiwan’s) suggests an unconditional commitment, one that will strengthen perceptions that the U.S. is issuing Taiwan a blank check,” Chen Weiss, a former Biden administration State Department official, wrote on Twitter.

M. Taylor Fravel, a China expert and director of the Security Studies Program at the Massachusetts Institute of Technology, said that while Biden’s repeated comments on the issue were unlikely to represent a shift in approach, they had certainly muddied the waters.

“Despite their reoccurrence, I don’t view these statements as reflecting a change in strategy,” Fravel said. “These statements occur in extemporaneous TV interviews and not in formal statements, speeches or meetings where interactions are heavily scripted.

“That said, especially with White House denials that U.S. policy has changed, the president’s statements create greater uncertainty or confusion over what U.S. policy actually is.”

But while Biden’s pledge to militarily defend Taiwan has appeared to be an evolution of his administration’s growing willingness to respond to the possibility of Chinese aggression, some experts say the U.S. policy has long taken a calibrated approach.

“Right now, the biggest threat to peace in the Taiwan Strait is the PRC’s military activity and threats,” Shelley Rigger, a leading Taiwan expert at Davidson College, said, using the acronym for China’s formal name, the People’s Republic of China. “It makes sense that the U.S. would focus on deterring Beijing from going farther. Just as, in the past, when Taiwanese leaders were making pro-independence noises, the U.S. focused on deterring Taiwan.”

Concerns in Washington have surged about Beijing’s intentions after it conducted large-scale military exercises around Taiwan over a period of several days — including ongoing crossings of the so-called median line of the Taiwan Strait — following a visit to the island by U.S. House Speaker Nancy Pelosi.

“Discouraging unilateral attempts to change the status quo promotes stability,” said Ian Chong, a professor of political science at the National University of Singapore. “This means that the (United States’) policy will be dynamic and subject to calibration based on evolving circumstances.”

Chong said that he believed Washington would like to retain the option for dual deterrence, but that China’s dissatisfaction with the status quo could prompt it to consider unilateral moves to change the facts on the ground.

“Hence more of the (U.S.) focus will fall to trying to discourage destabilizing behavior by Beijing,” he said.

As for Biden’s remarks on Taiwan independence, Rigger said the president’s comment about not encouraging such a move “will be welcome in Beijing as a sign that their concerns are getting through to the Biden administration.”

For its part, the reactions out of Beijing to Biden’s latest remarks have been relatively boilerplate.

Although a Chinese Foreign Ministry spokeswoman was quoted Monday as slamming the U.S. for sending an “erroneous signal to the ‘Taiwan independence’ separatist forces” and said Beijing would “reserve the option to take all necessary measures” in response, her remarks were scrubbed from both the Chinese and English readouts of the day’s news conference on the ministry’s website.

Still, state-run media hinted at at least some displeasure in Beijing over what it said were hints of a shift toward “strategic clarity.”

“It is becoming clear that the U.S. is gradually bidding farewell to a policy of ‘strategic ambiguity’ over the Taiwan question which it has stuck to for decades,” the China Daily newspaper said in an editorial published late Monday. “This is a dangerous development.”

According to MIT’s Fravel, Biden’s repeated assertions, the administration’s walk-backs and the growing acrimony in Sino-U.S. relations could combine to form a combustible mix — for both sides.

“Each time the president makes such a statement that the White House then denies reflects a change in U.S. policy, the credibility of U.S. policy is slightly weakened, especially in light of growing U.S. support for Taiwan over the past several years,” Fravel said.

“In an already tense situation between the United States and China over Taiwan, China’s leaders may view the president’s remarks as foreshadowing the direction in which U.S. policy will change, which they would view as a clear challenge.”

LIV Golf’s New Top Lawyer Has Experience Challenging the PGA (1)
The car of the President of Ukraine was involved in an accident. What is the condition of Volodymyr Zelensky?
Comment