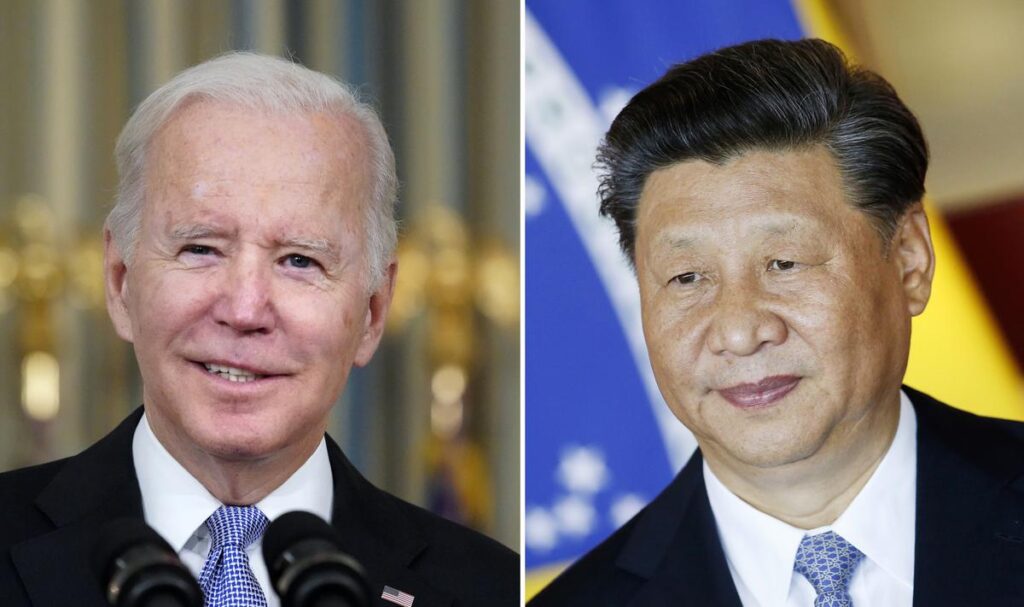 Xi-Biden meeting: Taiwan top of agenda for Chinese and US leaders

Taiwan is expected to top the agenda when US President Joe Biden and Chinese leader Xi Jinping meet next week – their first in-person encounter since Mr Biden took office in 2020.

The much-awaited meeting comes at a time when relations between the two superpowers have particularly soured.

This has been fuelled by Beijing’s claims over self-ruled Taiwan and its increasing assertiveness in Asia.

The US has responded by restricting access to computer chip technology.

That has hit China’s export-driven economy which uses the tech to make and sell everything from phones to electric cars.

Given the recent spike in tensions and rhetoric, the world – and America’s Asian allies such India, Japan and Australia – will be closely watching the meeting scheduled to take place on Monday in Bali ahead of the G20 Summit.

Mr Xi has spent most of the pandemic in China and only recently began travelling overseas again.

“I’m sure we’ll discuss Taiwan… and what I want to do with him when we talk is lay out… what each of our red lines are,” Mr Biden said at a press conference on Thursday after the White House confirmed the meeting.

This way they can “determine whether or not they conflict with one another… and if they do, how to resolve and how to work it out”, he said.

However, he also added that he was not willing to “make any fundamental concessions” about the US’ policy on Taiwan.

Beijing sees the self-governing island as its own territory that must be united with the mainland. But Taiwan sees itself as distinct.

Mr Biden, unlike previous US presidents, has repeatedly said the US would defend Taiwan in the event of a Chinese invasion.

But the White House has always rolled back his comments, insisting that Washington’s stance of “strategic ambiguity” – under which it does not commit to defending Taiwan but also does not rule out the option – remains unchanged.

Meanwhile Mr Xi has told the People’s Liberation Army (PLA) to “focus all energy on fighting a war… and build the ability to win”, according to state media reports earlier this week.

Mr Xi is reported to have said the army must “strengthen military training in preparation for war” because China was in an “unstable and uncertain” position.

On Thursday the White House said it would brief Taiwan on the results of the Biden-Xi meeting, with national security adviser Jake Sullivan saying the aim was to make Taiwan feel “secure and comfortable” about US support.

Meanwhile, China’s foreign ministry said the US should work together with China to avoid misunderstandings and misjudgements, adding that while it wants peace with the US, “the Taiwan question” is at the core of its interests.

At the Chinese Communist Party congress last month, Mr Xi reiterated China’s position on Taiwan where they would “never promise to renounce the use of force”.

He said they reserved the option of “taking all measures necessary” if “outside forces” interfered with China’s claims.

The US has long been walking a tightrope over Taiwan. A cornerstone of its relationship with Beijing is the One China policy, according to which Washington acknowledges only one Chinese government – in Beijing – and has no formal ties with Taiwan.

But it also maintains close relations with Taiwan and sells arms to it under the Taiwan Relations Act, which states that the US must provide the island with the means to defend itself.