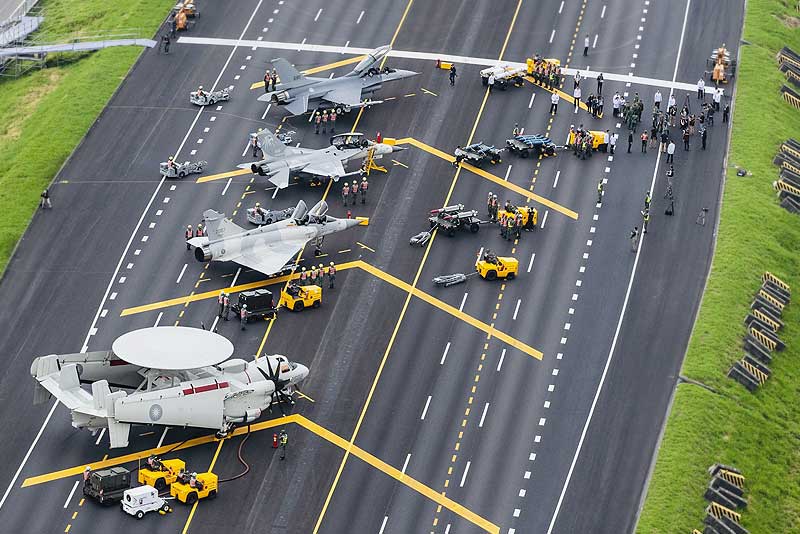 TAIPEI— The White House on Thursday (Oct, 27) declassified and released a new defense strategy that focuses on the threats posed by China and Russia, pledging to support Taiwan’s asymmetric capabilities and work with allies on blunting China’s gray zone warfare tactics.

The U.S. Department of Defense (DoD) in its 2022 National Defense Strategy (NDS) listed China and Russia as dangerous challenges to U.S. security. The report said China has expanded its nuclear weapons on a large scale, aiming to have at least 1,000 nuclear warheads by 2030, and its provocative actions against Taiwan may also lead to a miscalculation.

The DoD submitted a two-page summary of the NDS in classified form to Congress in March. The declassified version released on Thursday covers nearly 80 pages and is in the public domain.

The document focuses on threats from China and Russia. China is listed as the “most consequential strategic competitor,” while Russia is described as an “Acute Threat.”

In the China section, the new strategy said the most comprehensive and serious challenge to U.S. national security arises from the CCP’s attempt to reshape the Indo-Pacific regional and international system through coercive and arbitrary behavior to align with its own interests. Beijing has also used its economic influence and military might to coerce regional neighbors.

In addition, the new strategy states that Beijing’s increasingly provocative rhetoric and actions against Taiwan not only undermine regional stability, but may also lead to “miscalculation, and threaten peace and stability in the Taiwan Strait.” It said this follows a larger pattern of destabilizing behavior in the East China Sea, the South China SEa, and on the Line of Actual Control.

The new strategy states that, in addition to expanding the traditional military, the People’s Liberation Army (PLA) will rapidly advance and integrate its space, counterspace, cyber, electronic, and information warfare capabilities. It assessed that the PLA plans on obtaining at least 1,000 deliverable nuclear warheads by 2030.

The DoD pledged that it will back Taiwan’s asymmetric self-defense capabilities to match the evolving threat posed by the PLA, while adhering to Washington’s “one China” policy. The department also vowed to assist efforts by allies and partners to counter “gray zone coercion” campaigns by China to gain control over the Taiwan Strait, East China Sea, South China Sea, and disputed borders with India.