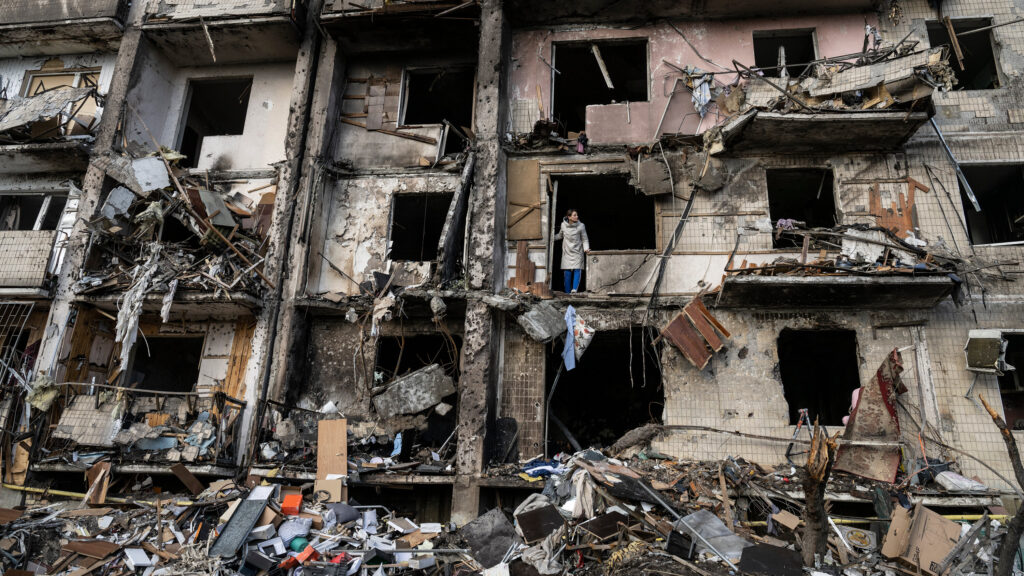 Why It Seems Like So Many Countries Are Falling Apart

The world is kind of a mess right now. There is a big, bloody, awful war between Russia and Ukraine, which has hugely disrupted global trade, especially in commodities like oil, wheat, and natural gas. Europe is on fire, and the euro is crashing. Boris Johnson is out as the U.K.’s prime minister, and Mario Draghi has resigned as Italy’s prime minister. There are tremors in China, as the world’s second-largest economy fumbles through a ridiculous COVID-Zero policy. In Sri Lanka, crowds stormed the presidential palace after an economic crisis. In Japan, a former prime minister was assassinated. In Turkey and El Salvador, inflation and kooky economic policy has led these countries to the brink. Is this just random chaos, or is there a deeper story to tell? Today’s guest is Ian Bremmer. Ian is a political scientist and the founder of Eurasia Group and GZero media. He is also the author of several books, including his latest: The New York Times bestseller The Power of Crisis. He takes me on a geopolitical catastrophe tour. In the end, we consider the meaning of this moment in history—and why this feels like the end of an era and the beginning of something new.

Derek and Ian discuss the uncertainty around the euro and how it has been impacted by the Russia-Ukraine war.

Derek Thompson: So I feel like we’re seeing these scattered nervous breakdowns around the world, and I’d love you to help me understand and unpack some of them. Then after we do a tour of this sort of global mess, I think maybe we can pick out a couple themes that we’re seeing, because while it’s conceivable that every unhappy country is unhappy in its own way, I think that some of these scattered political-economy nervous breakdowns are actually connected and that there is an underlying theme here.

Ian Bremmer: I completely agree with that.

Thompson: Fantastic. OK, good. So we’re on the right track. Let’s start with Europe, and maybe a good place to start here is the news that has some American travelers cheering and some American multinational companies worried, which is that the euro is plunging. Great news if you’re an American family by a pool in Greece—the spanakopita is cheap. This is bad news if you’re trying to sell stuff to Greece, and it seems to reflect bad news about the entire continent. So why is the euro crashing and why does it matter?

Bremmer: Well, the spanakopita’s been cheap for a long time because I mean, even within the eurozone, Greece has been its own trouble point. I just felt like repeating that, because I was excited about you getting right into local flavor, but the Europeans are … When you have this kind of global instability and volatility, you get a flight to quality. You have what they call risk-on and risk-off behavior. People are engaging in risk-off behavior. They are more concerned about ensuring that their money is safe and less concerned about how big of a return they’re necessarily getting.

In that environment, the United States dollar and the U.S. as an economy becomes much more attractive, writ large. Europe is more vulnerable, particularly because with a war going on on the European continent, this is … remember, we had a peace dividend for 30 years. When the Soviet Union collapsed, there was a view that the Europeans no longer had to spend on defense and instead could focus on the social contract and democracy and rule of law—all sorts of things that make European societies attractive, but not really focusing on defending themselves.

Well now, not only are they going to have to devote an enormous amount of money toward spending and building up the defense capabilities they’ve ignored for 30 years, but also they are physically cutting off Russia from the G7, the advanced industrial democracies, the economy. Now it’s true the Americans are sanctioning too, but we had virtually no trade and investment ties to Russia.

I mean, when the Russian oligarchs are getting hit, where do you think they were summering? It was mostly on the Spanish coast and on the Riviera. How many of them have massive mansions in London? This is a big hit for the U.K. Then there’s also, of course, the direct trade: the agricultural trade and particularly the energy export. The energy export, I mean, to the United States, there was a marginal amount of oil from Russia coming to the U.S. It was irrelevant to the U.S. economy.

If the Russians completely cut off energy to Europe, or if the Europeans cut it off from Russia, you’re looking at an immediate contraction of probably 3 percent of the entire eurozone. So even though that hasn’t happened in entirety, in toto, there have been major disruptions already. There have been significant sanctions already and if the Russians know that the Europeans are trying to diversify away from Russia as fast as humanly possible, if you’re [President Vladimir] Putin, are you going to sit there and wait until the Europeans cut you off? Or are you going to take some of that leverage when winter is coming and you can cause more pain and you can maybe get something for it politically? You can get anger on the European streets against European leaders that have been calling for sanctions against Russia.

Putin’s not stupid. He may be intemperate and he may lack judgment, but he nonetheless understands where his leverage is. So all of those things are playing into a euro that has lost a significant amount of confidence from investors around the world over the last four months.