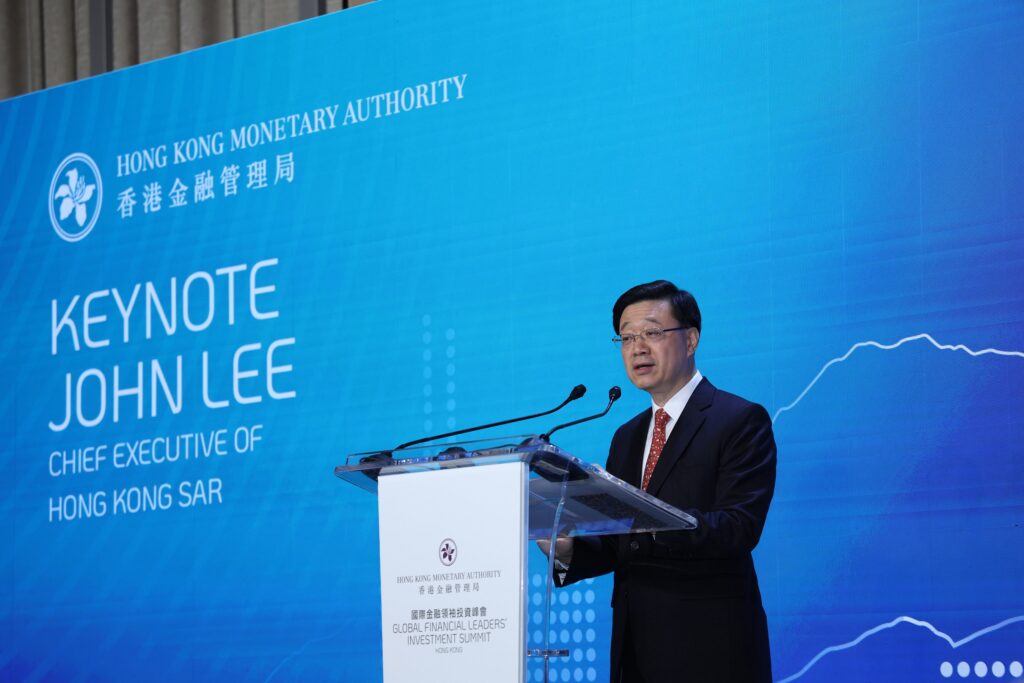 ‘The worst is behind us’: Hong Kong hosts top global bankers for finance summit

Hong Kong leader John Lee sought to drum up confidence in the city’s future as a global financial hub on Wednesday, as he welcomed some of Wall Street’s top executives to its biggest international event in years.

Speaking at an investment summit that has attracted more than 200 participants from 20 countries, the city’s chief executive said that it was “opening once again” for international business after more than two and a half years of arduous pandemic restrictions.

“We were, we are and we will remain one of the world’s leading financial centers,” Lee vowed. “You can take that to the bank.”

Lee also sought to reassure executives that Hong Kong would maintain a distinct role to that of mainland China, saying that central government officials had outlined their support for the city retaining its unique position as a gateway between East and West.

China’s latest five-year plan includes goals to reinforce the city’s role as an international trade, financial, shipping and aviation center, Lee said. “The worst is behind us.”

olomon, Gorman and Kelleher, who took to the stage for a panel shortly after Lee’s remarks, did not comment directly on the city’s reopening. But Kelleher noted that “whilst we’re all very pro-China,” the bank was “waiting for zero-Covid to open up in China and see what will happen.”

In September, Hong Kong lifted quarantine requirements that had largely isolated the city, choked economic activity, and fueled a historic brain drain. Mainland China, however, still has a mandate in place for most inbound travelers to self-isolate for at least seven days, under its stringent “zero-Covid policy.”

That contrast was highlighted Wednesday as mainland Chinese officials — including People’s Bank of China Governor Yi Gang — addressed the conference in pre-recorded video remarks, rather than attending in person.

Hong Kong’s economy is heavily reliant on financial services. In 2020, the sector contributed $76 billion — approximately 23% of its GDP, Lee said.

In an interview with CNN Business, DBS Hong Kong CEO Sebastian Paredes called the show of support from the city’s top brass “a tangible demonstration that Hong Kong is back.”

“The people that have flown into Hong Kong — the global CEOs of insurance firms and private equity companies and banks and the rest — demonstrate that Hong Kong is a very important international financial center,” he said.

“We’ve been closed for too long,” he added, noting that some restrictions remain, including controls on the border with mainland China. “But as we progress, at least we are opening internationally,” said Paredes. “We are hopeful.”