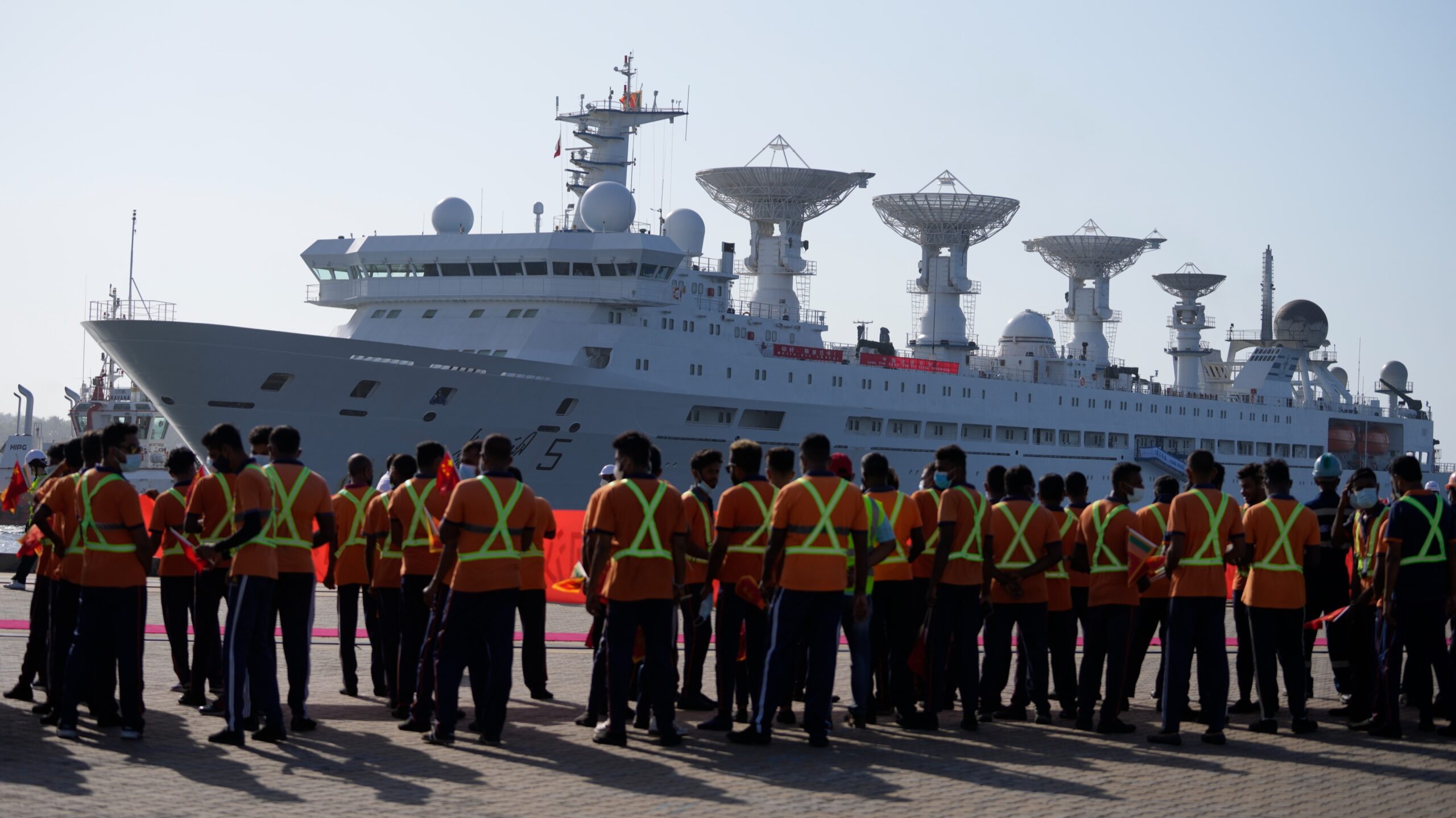 A heavily politically-loaded article by the Chinese envoy to Sri Lanka has equated the Taiwan issue with Indian opposition to the docking of a PLA spy ship at Hambantota.

“In recent days, two pieces of news about China have widely caught the eye in Sri Lanka. Early this month, after Pelosi’s sneaky visit to China’s Taiwan region, the Chinese side responded with firm countermeasures immediately. Meanwhile, China and Sri Lanka resisted the rude and unreasonable interference from third parties and the Chinese scientific research vessel “Yuan Wang 5” successfully docked at the Hambantota Port,” wrote the Chinese Ambassador to Sri Lanka Qi Zhenhong.

Pointing out that Sri Lanka had “overcome aggression” from its northern neighbour (India) 17 times, colonisation by the west for 450 years, and an anti-terrorism war for nearly three decades, Qi said external obstruction (India’s objection to the Chinese ship) based on so called “security concerns” but without any evidence is a “thorough interference” into Sri Lanka’s sovereignty and independence.

Approving a foreign vessel’s port call is a decision made by the Sri Lankan government completely within its sovereignty while the scientific research activities of “Yuan Wang 5” comply with the international law and common international practice.

“Fortunately, with China and Sri Lanka’s joint efforts, the incident was resolved properly, which not only safeguards Sri Lanka’s sovereignty and independence, but also defends international fairness and justice once again,” he wrote.

Throwing a bone, the envoy pointed out that human rights issues in Sri Lanka might probably be stirred up again at next month’s session of the UN Human Rights Council. Hinting that China will back Sri Lanka, he said, “Many might wonder what those countries who have been always preaching about human rights will actually do. Will they help Sri Lanka to ease its human rights crisis by providing concrete support? Or will they again use human rights as a cover-up tool to interfere into the island nation’s internal affairs?”