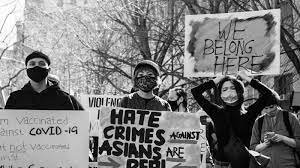 Both Republican and Democratic candidates single out Beijing

NEW YORK — Democratic Senate candidate Tim Ryan has the task of flipping Ohio blue, but his campaign’s rhetoric has shocked the state’s Asian American community that could play a pivotal role in the vote.

In an online ad that ran in March, Ryan repeatedly blamed China for “pink slips and price increases” that harm American workers, saying “it is us versus China.”

The Asian American Midwest Progressives (AAMP) advocacy group sent an open letter to Ryan addressing the problem and spoke to members of the Democratic Party in Ohio. Still, Ryan has not toned down his rhetoric.

“We’ve spoken to Sen. Sherrod Brown and his office has told us they’ve talked to Ryan’s campaign multiple times, telling them this is not a good idea,” Jona Hilario, a member of AAMP, said.

“We’re really not in a great place in Ohio in terms of this race,” she said.

Asian Americans have been the fastest-growing group of voters over the past two decades. Pew Research Center estimates over 13.3 million in this group are eligible to vote this year, making up 5.5% of the U.S. electorate.

Asian Americans and Pacific Islanders, who often refer to themselves as AAPIs, represent 1.9% of Ohio’s electorate in this year’s midterm elections.

Hate crimes against Asian Americans have continued across the country, and the community in Ohio is concerned about the effects of such campaigns, not just in their state but nationwide.

“Ryan didn’t even need to use the anti-China rhetoric, but this was a choice that they made… They’re very well aware [of the impact] and they continue and persist on using the same kind of language, it’s a very difficult position for us as Asian Americans in the state to be put in,” said Sharon Kim, a AAMP member. “If he wins on this campaign with all this anti-Asian, anti-China xenophobic rhetoric, it’s going to signal to the Democratic Party and to other politicians that this is a winning tactic.”

In the weeks leading to election day, Ryan seems to have doubled down on his anti-China rhetoric. “JD shrugged off the trade deals that sent our jobs to China. I’ve fought against those bad deals since day one,” he tweeted on Sunday.

“All of this is clearly co-signed by the Ohio Democratic Party because they haven’t done anything in terms of actively interacting with any of the Asian American organizations or with the campaign, they just continued to be silent in terms of the kind of messaging,” said Kim. “They’re going after conservative voters… They’re going to hammer that sort of rhetoric and language, but the other message that it sends not just to Ohio AAPIs, but really to everybody who can see this, is that they don’t care about us or our votes.”

Ohio is home to over 20 Chinese-owned factories, including Chinese glass manufacturer Fuyao, which was featured in the documentary “American Factory.” Other Chinese manufacturing companies based in Ohio include Boneng Transmission, BWI Group and Nine Dragons Paper Holdings.

Besides Ohio, anti-China rhetoric has been used by politicians such as Republican California U.S. Rep. Michelle Park Steel, a Korean American who has labeled her Democratic opponent Jay Chen, a Taiwanese American, as a communist and “China’s choice” in a heavily Vietnamese neighborhood.

There has been an AAPI-led protest against Steel’s campaign last week and a community co-signed letter denouncing her claims.

“We didn’t expect this kind of modern-day McCarthyism and red-baiting to dominate the rhetoric in this election, nor did we expect this kind of sowing of hate and divisiveness among local AAPI communities as a campaign strategy embraced by a congressional member, who is herself an immigrant from Korea,” according to the letter shared with Nikkei Asia. “No AAPI community will condone such shameless practice. It must stop.”

Ryan, Vance, Steel and Oz did not immediately respond to a request for comment.