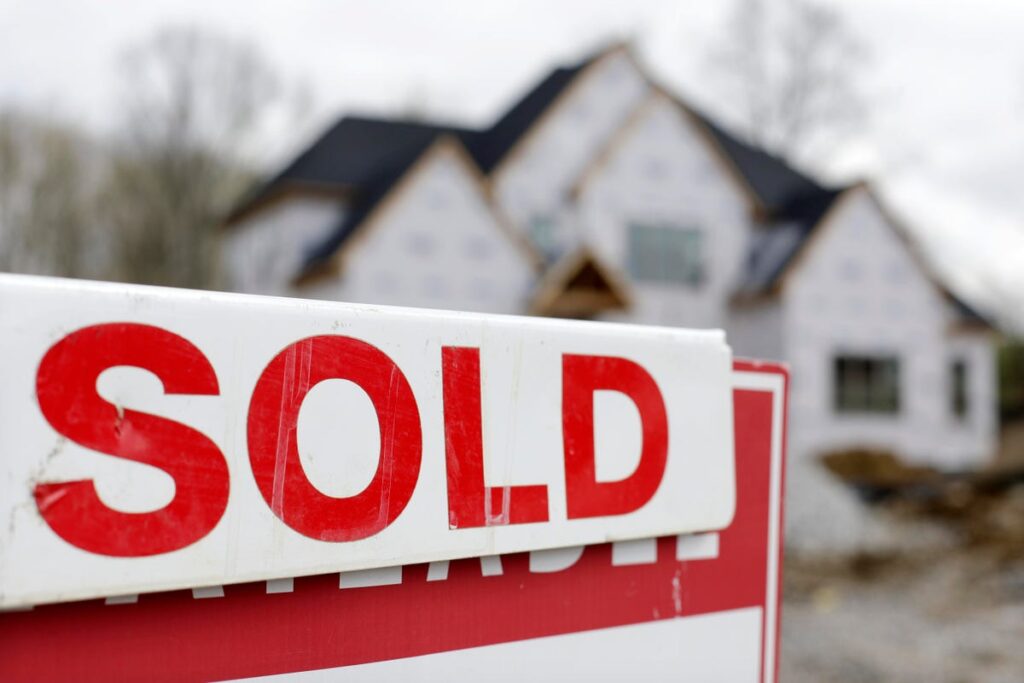 The Fed is killing the housing market

New York — The US economy grew by a 2.6% adjusted annual rate in the third-quarter, bouncing back from two negative quarters and beating analyst expectations.

This ultra-resilient economy stands in the face of the Federal Reserve’s aggressive attempts to quell inflation by slowing growth through aggressive interest rates. But a quick look under the hood of Thursday’s headline GDP number reveals a different story: The housing market is feeling the burden of central bank policy and crumbling under the extra weight.

What’s happening: Mortgage rates rose again this week, topping 7% for the first time since 2002. Those higher rates, fueled by the Federal Reserve’s unprecedented campaign of hiking interest rates to tame soaring inflation, are beginning to choke the housing market. Sales of newly constructed homes dropped 10.9% in September from August and were down 17.6% from a year ago, according to data released Wednesday.

The breakdown of third-quarter economic growth by sector highlights the tremendous pressure housing is under. Residential investment, which is a proxy for both homebuilding and home sales, contracted at a 26.4% annual rate between June and September, subtracting more from GDP than it has since 2007.

“This tells us that we are seeing a significant pullback in both home buying and homebuilding,” said EY Parthenon chief economist Gregory Daco. “The surge in mortgage rates and extremely high housing prices has led to massive pullback in first time home purchasing and has pushed investors to the side. Housing activity and all of the activities that surround home buying are constrained by financial conditions.”

Residential investment accounts for just 4% of the US economy, but its sharp contraction had an outsized effect this quarter, pulling total growth down by 1.37 percentage points, said Daco. He expects this trend to continue into the next quarter and 2023. “One of the characteristics of this cycle is that we’ve seen categories that generally have limited effect on GDP have large impacts due to massive swings,” he said.

Downward spiral: Economists love to say that housing IS the business cycle. The health of the housing sector is closely tied to the cost of borrowing and so it makes sense that Fed policy would weigh on home prices and sales earlier than other sectors. But housing is a bellwether for the rest of the economy, and these contractions will inevitably weigh on broader US growth.

Expect to see that impact in fourth quarter GDP, said Plante Moran Financial Investors CIO Jim Baird. Homeownership is the largest source of wealth among US families, and so a contraction means a real loss of wealth across the country. “Households stop spending as freely. They reel it in. That has an effect on the rest of the economy,” said Baird.

The big picture: President Joe Biden cheered the economic report, which came less than two weeks before a contentious midterm election for Democrats.

“For months, doomsayers have been arguing that the U.S. economy is in a recession, and congressional Republicans have been rooting for a downturn,” he said in a statement Thursday morning. “But today we got further evidence that our economic recovery is continuing to power forward.”

But overall, the report isn’t as rosy as the headline number seems. That’s because the overall figures were pushed up by volatile international trade numbers: Net exports were strong, but that’s because the United States is importing fewer goods as demand dries up. In reality the American consumer is starting to pull back: Household spending rose by 1.4% in the third quarter compared to 3.0% in the year-earlier period.

The European Central Bank announced another massive interest rate hike on Thursday, increasing rates at the fastest pace in the history of the euro currency in an attempt to fight aggressive inflation.

Policymakers also presented a dour outlook at their meeting: they promised further hikes to come and forecast an extended economic slowdown, reports my colleague Hanna Ziady.

The move will take the benchmark rate for the 19 countries using the euro to 1.5%.

The eurozone’s annual rate of inflation hit a record 9.9% in September, up from 9.1% in August.

The “unexpected and extraordinary” rise in inflation had surprised policymakers, ECB President Christine Lagarde told reporters on Thursday. She said that increases in retail energy prices could push inflation even higher in the medium term.

Alongside rising prices, the bloc is battling a worsening economic slowdown.

Lagarde acknowledged that risks to economic growth outlook are “clearly” on the downside. “Economic activity is likely to have slowed significantly in the third quarter of the year and we expect a further weakening in the remainder of this year and the beginning of next year,” she added.

A bad week for Big Tech

Amazon stock plummeted 13% in premarket trading on Thursday after the company posted weaker-than-expected earnings for the third quarter and scaled back its future sales outlook in its quarterly report.

The company warned that fourth-quarter revenue was expected to come in between $140 billion and $148 billion, below analysts’ prior estimates of $155 billion.

Even Apple wasn’t immune to the curse of Big Tech. The company beat Wall Street expectations Thursday afternoon but came up short of expectations for core product sales including iPhone business and services. Shares rose 1% in premarket trading.

Amazon and Apple wrap up a gloomy week of earnings for some of the largest tech companies in the US. Alphabet (GOOG) and Facebook parent Meta Platforms (META) fell short of earnings expectations last quarter, citing a slowing digital ad market. Microsoft also issued lackluster forward guidance and reported disappointing revenue from its cloud service.