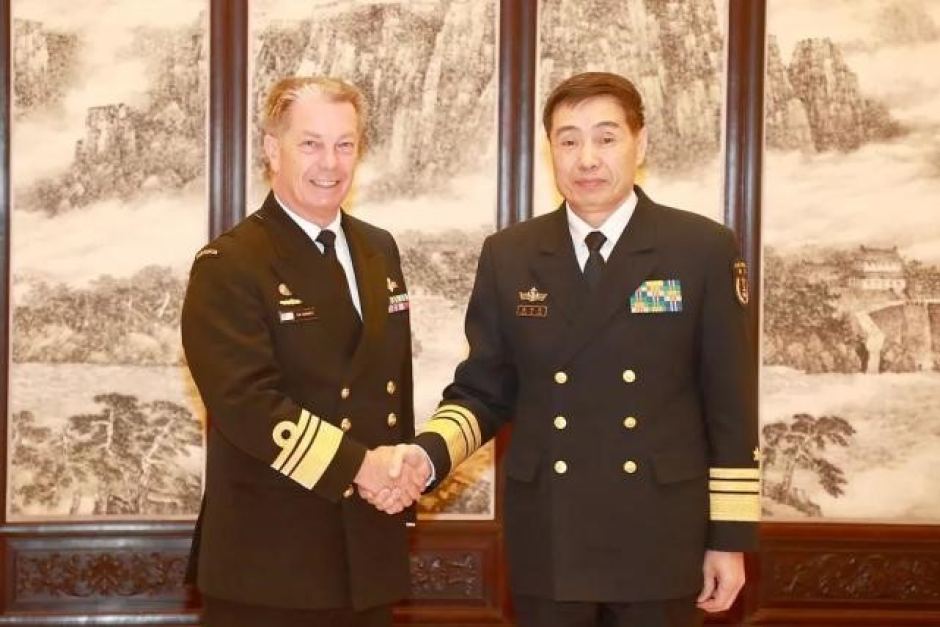 WASHINGTON — The U.S. Navy has adopted a “fight tonight” mentality as both China and Russia grow more aggressive, the chief of naval operations said, meaning the service must become more ready and more lethal for a near-term conflict.

Adm. Mike Gilday said he stands by prioritizing readiness, then lethality and then growing the size of the fleet, but said during remarks at the Atlantic Council Wednesday the potential for a conflict with China in the next couple years makes it important to do all three.

Secretary of State Antony Blinken this week said China may act “on a much faster timeline” than previously thought, following a Communist Party congress in which Chinese leader Xi Jinping reportedly said China reserves the “option to take all necessary measures” to reunify with Taiwan.

Gilday did not comment specifically on Xi’s remarks, saying “analysis is still ongoing.” But he noted “it’s not just what President Xi says, but it’s how the Chinese behave and what they do.”

“What we’ve seen over the past 20 years is that they have delivered on every promise they’ve made earlier than they said they were going to deliver on it,” Gilday added. “When we talk about the 2027 window, in my mind, that has to be a 2022 window or potentially a 2023 window; I can’t rule it out.”

He was referencing the remarks of retired Adm. Phil Davidson, the former chief of U.S. Indo-Pacific Command, who said last year China might seize Taiwan by 2027.

Gilday said a potentially accelerated timeline means he doesn’t want to “field ships out there in a fight that aren’t lethal, capable and ready to win.”

“It’s readiness over capacity; the ships that we put out there have to be ready to fight,” he added.

Gilday said it also makes it easier to justify decommissioning old ships, including a number of cruisers.

“Some of them are three years behind in coming out of maintenance, at [added] costs of $80 million or more, with a weapon system that is not going to be upgraded in time to face the threat that the Chinese pose,” he said.

Some ships the Navy wants to decommission early haven’t been to a dry dock for deep maintenance in more than a decade, and some even have damage from things like tugs improperly bumping up against weak points in the hull.

Gilday said the Navy cannot justify spending any dollars that do not threaten China as the pacing threat — and these old ships cannot be turned into a credible threat in the coming years, he said.

Additionally, he said some cruisers and amphibious ships are tying up valuable maintenance dollars and space at repair yards, making it harder to prioritize fleet readiness.

“It’s noteworthy that, in a day and age where we have at least 8.3% inflation right now, that 60% of the Navy’s budget rises at a rate above inflation. And so we have to take that into account, that maintaining the fleet we have is extremely expensive,” the admiral said.

While ship readiness has been hindered by supply chain issues, labor shortages and the COVID-19 pandemic, Gilday said the Navy is working to catch up. The service is focused on putting maintenance availabilities at private yards on contract sooner.

“Our goal is 120 days” before the start of the contract, instead of roughly a month, he said, but due to supply chain issues, “I would like it to be 365 days, where we could get those contracts way out to the left, identify those parts that we need, get them purchased.”

Among the reports to come out of China’s recent party congress was that Xi referred to Taiwan as an internal affair and denounced foreign interference. The Navy patrols the South China Sea and transits the Strait of Taiwan on a regular basis with its Japan-based ships and rotationally deployed ships.

Gilday also made note of several focus areas for new technology and concept development: long-range fires; layered defense, including new technologies like high-powered microwaves and directed energy; new ways to maneuver the force; and ideas to resupply a dispersed fleet.

He particularly pointed to weapons stocks, saying that an important part of readiness is having magazines full and missile launchers loaded when ships are out on deployment. To that end, he said, the budget and his unfunded priorities list tried to “maximize domestic production rates of weapons that really matter in a fight, and to give industry a clear set of predictable, stable funding — a demand signal so that they can plan to it with respect to their infrastructure, with respect to their workforce and their supply chain.”

Asked about the fiscal 2024 budget, still in the works in the Pentagon, Gilday said it would reflect that fight-tonight mentality.

“Leadership in the Pentagon doesn’t have a lot of time to have discussions about nice-to-haves,” he said. “We’re talking about what we must have in order to deter and fight and win.”