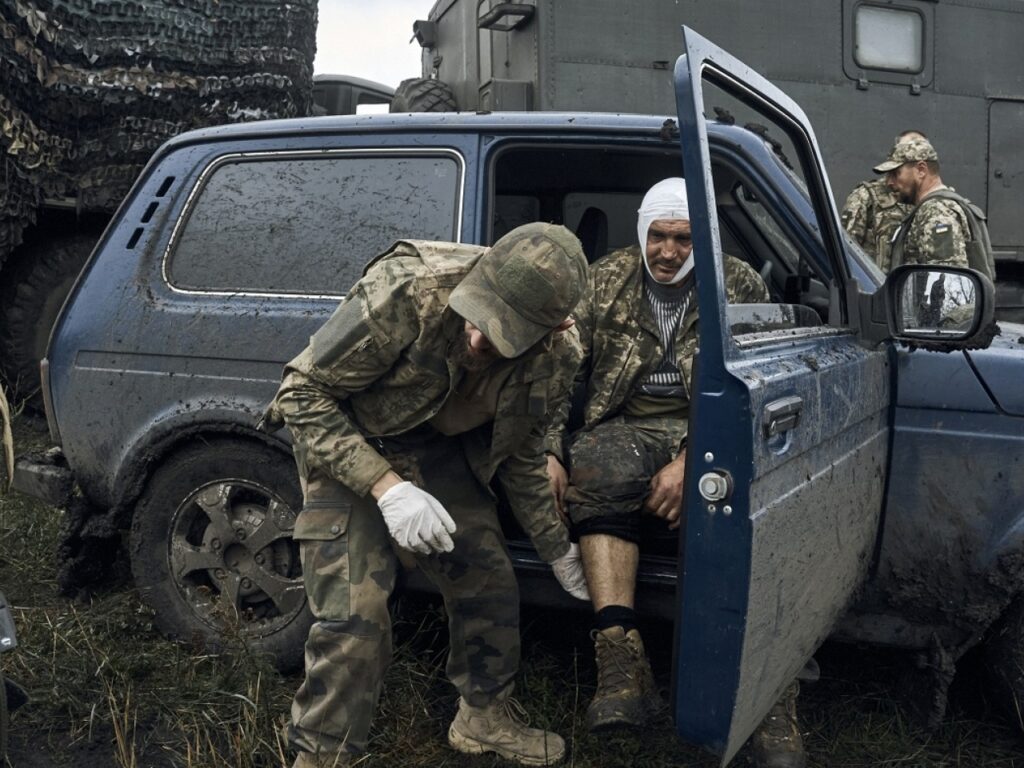 Kremlin-held regions of eastern and southern Ukraine entered the second day of voting to become part of Russia on Saturday, in referendums dismissed as a “sham” by US President Joe Biden.

The voting on whether Russia should annex four regions of Ukraine started on Friday, dramatically raising the stakes seven months after Moscow’s troops attacked.

The same day polling got under way, UN and Ukrainian officials revealed what they said was more evidence of Russian “war crimes” – including executions and torture.

“Russia’s referenda are a sham – a false pretext to try to annex parts of Ukraine by force in flagrant violation of international law,” Biden said.

“We will work with our allies and partners to impose additional swift and severe economic costs on Russia.”

Ukrainian forces said they were clawing back territory from Moscow-backed separatists in the very lands Russia wants to assimilate.

Voting is being held in Russian-controlled areas of Donetsk and Lugansk in the east, and Kherson and Zaporizhzhia in the south.

Authorities there are going door-to-door for four days to collect votes. Polling stations then open on Tuesday for residents to cast ballots on the final day.

It was also possible to vote at the building in Moscow that represents the Donetsk breakaway region.

Leonid, a 59-year-old military official, said he was “feeling happy”.

“Ultimately, things are moving towards the restoration of the Soviet Union. The referendum is one step towards this.”

The vote was announced earlier this week after a Ukrainian counteroffensive seized most of the northeastern Kharkiv region – bringing hundreds of settlements back under Kyiv’s control after months of Russian occupation.

The four regions’ integration into Russia would represent a major escalation of the conflict as Moscow would consider any military move there as an attack on its own territory.

The referendums are reminiscent of the one held after Russia annexed Ukraine’s Crimea in 2014.

“The world will react absolutely justly to the sham referenda,” he said, describing them as “crimes against international law and the law of Ukraine”.

Earlier on Friday, G7 nations said the polls will “never” be recognised and have “no legal effect or legitimacy”.

Erik Mose of the Commission of Inquiry – an investigative team set up by the Security Council in March – said they had seen evidence of a “large number of executions” and the rape and torture of children.

In eastern Kharkiv region, Ukrainian officials said on Friday they had finished exhuming 447 bodies from a site near the city of Izyum, which was recaptured from Russian forces.

“There are bodies with rope around their necks, with their hands tied, with broken limbs and gunshot wounds.”

The Kremlin has accused Kyiv of fabricating evidence of the alleged war crimes.

Putin this week warned that Moscow would use “all means” to protect its territory – which former Russian leader Dmitry Medvedev said on social media could include the use of “strategic nuclear weapons”.

Moscow began its mandatory troop call-up on Thursday after Putin called for about 300,000 reservists to bolster the war effort.

But men were leaving Russia in droves before they were made to join, with flights to neighbouring countries booked up for days to come.

Some, however, could not avoid the summons.

Andrei, who turned 18 last week, was called up after being detained during the anti-mobilisation protests in Moscow.

He recently began university and should not have been caught up in the recruitment drive, according to Russian Defence Minister Sergei Shoigu who had said students would not be called up.

“As we say, Russia is a country of endless possibilities,” Andrei joked bitterly.