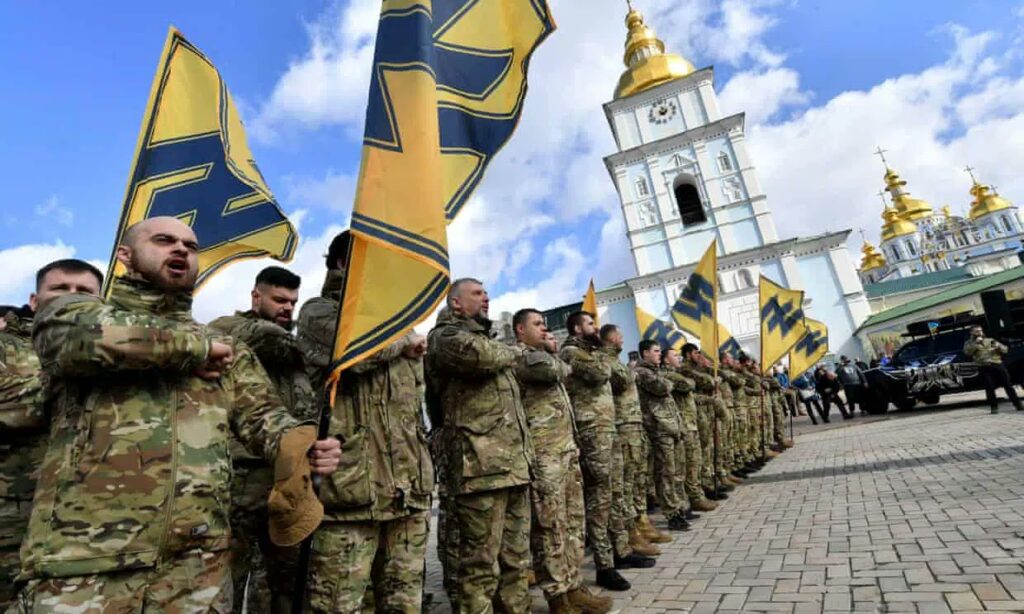 The government of Ukraine, under moderately pro-Russian President Victor Yanukovych, was violently overthrown in a successful insurrection, following the sustained pro-democracy, anti-corruption Euromaidan, a massive protest movement in Ukraine that was sparked on November 21, 2013, with the unexpected decision of President Yanukovych to suspend signing the European Union – Ukraine Association Agreement, instead choosing closer ties to Russia and the Eurasian Economic Union. Yanukovych was impeached and a new interim government was voted in.

European, Ukrainian and United States press has it that Yanukovych ordered police to open fire on February 18 20 , and Russian agents played a part in the killings. The Russian press has it that the fascists enabled by the United States’ CIA engineered a coup. Neither has it right, according to Ukrainian scholar, Ivan Katchanovski, a leading academic researcher on Euromaidan.

To understand the violent climax to the Maidan Uprising on February 20 when 49 Maidan protesters and three police were killed and many more wounded, we turn to Katchanovski’s non-partisan research in The ‘Snipers’ Massacre, based on a massive collection of data, including thousands of journalist, protester, and police videos; forensic analysis of gunshot wounds; interviews with injured protesters and police; and analysis of Ukrainian government investigations and testimony.

“This mass killing [on February 20, 2014] was a turning point in Ukrainian politics and a tipping point in a conflict between the West and Russia over Ukraine. This massacre led to an overthrow of the government of Viktor Yanukovych and a Russian annexation in Crimea, a civil war in Donbas in Eastern Ukraine, and Russian military intervention in support of separatists in these regions.”

He continues, “… the massacre was a false flag operation, which was rationally planned and carried out with a goal of the overthrow of the government and seizure of power. [Research] found various … involvement of an alliance of the far-right organizations, specifically the Right Sector and Svoboda, and oligarchic parties, such as Fatherland. Concealed shooters and spotters were located in at least 20 Maidan-controlled buildings or areas. The various evidence that the protesters were killed from these locations include some 70 testimonies, primarily by Maidan protesters, several videos of “snipers” targeting protesters from these buildings, comparisons of positions of the specific protesters at the time of their killing and their entry wounds, and bullet impact signs. …The massacre of the protesters and the police was a key part of the violent overthrow of the government in Ukraine and a major human rights crime…[it] constituted an undemocratic change of government…”

Katchanovski describes the role of the ultra-rightists saying, “… the far-right organizations had significant but minority representation among the Maidan leadership and protesters, the post-Maidan governments, and in … elections. However, … the far-right organizations and football ultras played a key role during violent attacks, such as attempts to storm the presidential administration on December 1, 2013, and the parliament of Ukraine in January and on February 18, 2014, and of the Right Sector involvement in a violent attack of the Berkut police during its highly publicized dispersal of protesters on November 30, 2013. The Right Sector and Svoboda and smaller organizations had a crucial role in the violent overthrow of the Viktor Yanukovych Presidency, in particular, in the Maidan massacre of the protesters and the police on February 18-20, 2014. … the Right Sector, the Social-National Assembly/ Patriot of Ukraine, and groups of football ultras were involved in the Odessa massacre on May 2, 2014…the far-right organizations and their … paramilitary units had a significant role in the civil war in Donbas but a comparably minor role in fighting … during direct military interventions by Russia in August 2014 and February 2015. … the far right has a significant but not dominant role in Ukrainian politics during and after Euromaidan…”

“The revelations from the Maidan massacre trials and investigations show that the narratives promoted by the Ukrainian and Western governments and with some notable exceptions the media that the Maidan protesters were massacred by government snipers and/or the Berkut police are false…The analysis shows cover-up and stonewalling of the investigations and trials by the Maidan governments and the far right. The prosecution denied that there were any snipers in the Maidan-controlled buildings. Not a single person is convicted or under arrest for the massacre of the protesters and the police almost 8 years after one of the most documented mass killings in history.”