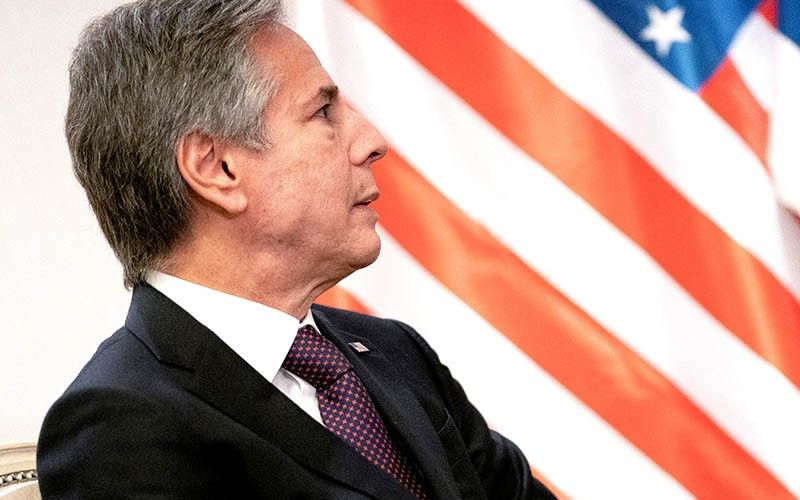 China has rejected understanding with US on Taiwan, Blinken says

China has exerted pressure on Taiwan including the possibility of ‘using force’ to achieve its goals, says the US Secretary of State.

China had altered a decades-old understanding between Washington and Beijing on dealing with issues related to the status of Taiwan and is now holding up the possibility of using force, United States Secretary of State Antony Blinken has said.

China has made decisions on exerting more pressure on Taiwan, including the possibility of “using force to achieve their goals”, Blinken said on Wednesday at an event organised by Bloomberg News.

Blinken said that a four-decade-old status quo — in which the US recognised Beijing under the One China policy and also provided Taiwan with weapons for its defence — had “helped to make sure there wouldn’t be a conflict between the United States and China over Taiwan”.

“What’s changed is this — a decision by the government in Beijing that that status quo was no longer acceptable, that they wanted to speed up the process by which they would pursue reunification,” Blinken said.

“That is what has fundamentally changed.”

Washington did not want a “Cold War” and was not trying to restrain China, he said, but the US would be resolute in defending its interests.

Any disruption to Taiwan and its economy — now a dominant global power in the manufacture of advanced semiconductors vital for cars, appliances and consumer electronics — should be a concern for the entire world, he added.

“If that were for any reason disrupted, it would have deeply significant consequences for the global economy.”

Blinken’s remarks follow Chinese President Xi Jinping securing a historic third term at last week’s five-yearly Congress of China’s ruling Communist Party. They also come amid Beijing’s statements that it would not renounce the right to use force to unite Taiwan with mainland China, though it would strive for a peaceful resolution.

Taiwan’s Foreign Minister Joseph Wu said earlier on Wednesday that he expected Chinese officials under Xi to make greater efforts to pick off the final allies of Taipei.

“It is conceivable that our diplomatic situation will become grimmer,” Wu said.

US President Joe Biden’s administration has repeatedly accused China of using House Speaker Nancy Pelosi’s visit to Taiwan in August as a pretext for ramping up military drills around the island, which Beijing claims as its own territory.

On Wednesday, Biden told a meeting of his top military advisers that the US did not seek conflict with China and that the Chinese president knows this.

The meeting followed Biden’s release of a national security strategy earlier this month, which called for “out-competing China” and blocking its efforts to reshape global affairs.